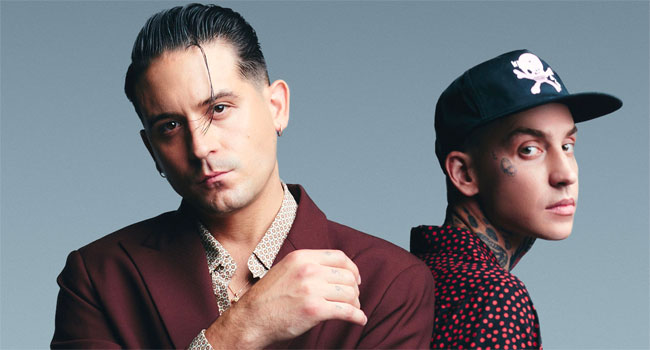 The hitmakers rejoin forces to create another undeniable earworm, showcasing why they are two of the most sought-after collaborators in the industry today.

“Hate The Way” is accompanied by one of G’s signature cinematic must-watch visuals. In the Kat Webber directed video, the rapper alongside Blackbear and actress Bria Vinaite from A24’s The Florida Project give viewers a breathtakingly emotional experience. The pair will perform the song together for the first time during Blackbear’s virtual concert next Wednesday, October 21st, livestreamed from the iconic The Hollywood Roosevelt Hotel in Los Angeles, CA at 9 pm ET.

To celebrate the release, fans can talk about what they miss the most right now and generate a personalized “Hate The Way” themed photo to share on social media.

G-Eazy and Blackbear first linked years ago for G’s critically-acclaimed debut album These Things Happen (2014) where Bear produced its intro title track as well as “Remember You” – the two have continued to work together numerous times throughout the years. “Hate The Way” brings the pair full circle just ahead of G’s sequel to his 2014 debut. “Hate The Way” highlights G’s signature hip hop sound and offers a preview of what’s to come from the rapper, as he continues to tease his much anticipated fifth studio album, These Things Happen Too.