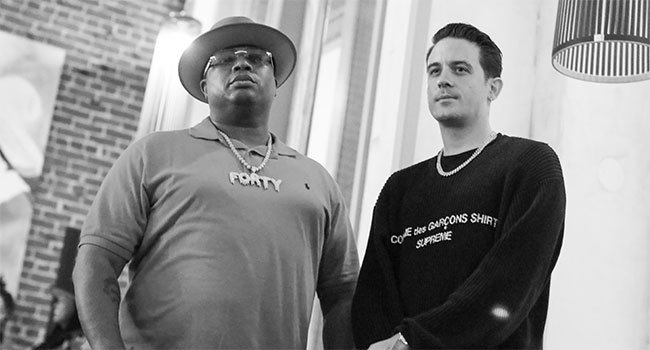 First shoe collaboration in the works

Rapper G-Eazy and PUMA have officially announced their partnership, which began in 2018, with their first collaborative shoe in the works to release early next year. PUMA celebrated the partnership with a welcome home dinner ahead of his incredible hometown headline performance at Rolling Loud Bay Area Festival this past Saturday (Sept 28th).

The celebratory dinner held on Friday, September 27th in Oakland, CA included friends and other Rolling Loud performers such as E-40, DaniLeigh & Guapdad4000. The space displayed key colorway of the Ralph Sampson LO, the PUMA sneaker named after the retired NBA player & Hall of Fame member, Ralph Sampson, who was also in attendance.

As a PUMA partner and ambassador, PUMA will continue to support G-Eazy’s philanthropy, The Endless Summer Fund – a non-profit dedicated to helping Bay Area under-served youth reach their full potential and strengthening the community – and their joint program, “From The Bay to the Universe” in which G-Eazy selects a group of musicians to support their artistic efforts. The most recent group of artists include, Dounia, ALLBLACK, Kossisko, Marty Grimes & Daghe.