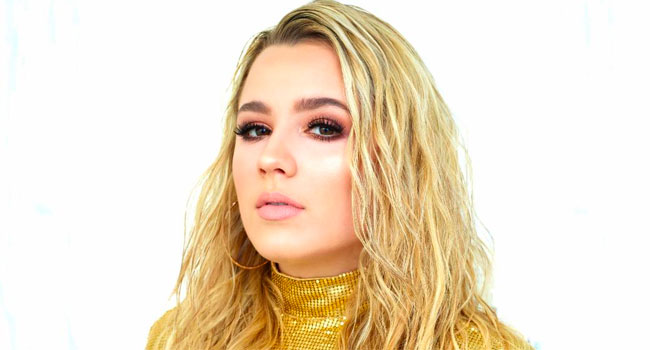 “I’m so grateful for this amazing achievement. ‘I Hope’ continues to do more than I ever imagined, and I cannot believe it’s the No. 1 song at HOT AC this week,” Barrett shares. “Thank you God for this gift and for all of the blessings I continue to receive, thank you to my team, my sweet husband, my family, my unbelievable fans, the folks at radio, my co-writers, and of course to Charlie Puth for hopping on this song and making it even bigger. I’m so thankful for all of this and I don’t take an inch of it for granted! THANK YOU!”

Barrett will perform the “game-changing hit” (PEOPLE) at the CMT Music Awards on October 21st where she is nominated for Breakthrough Video of the Year and Female Video of the Year – both for “I Hope.” Watch the nominated clip here. She’ll finish out the week with a performance at this year’s iHeartCountry Festival on Friday, October 23rd.

As “I Hope” continues to score as “one of the biggest country smashes of the year” (Forbes), her new single “The Good Ones” is proving a dynamic follow-up, already inside country radio’s Top 35 with over 75 million on-demand streams and counting. Written by Barrett with Zach Kale, Emily Landis, and Jim McCormick, MusicRow calls the single “solid, and the sentiment rings true,” while People observes that “The Good Ones” is a testimony “to Barrett’s mate and to love itself.”

“I Hope” is featured on her debut album, Goldmine, which was released in June. The album ended its first week as the most streamed debut country album in history.