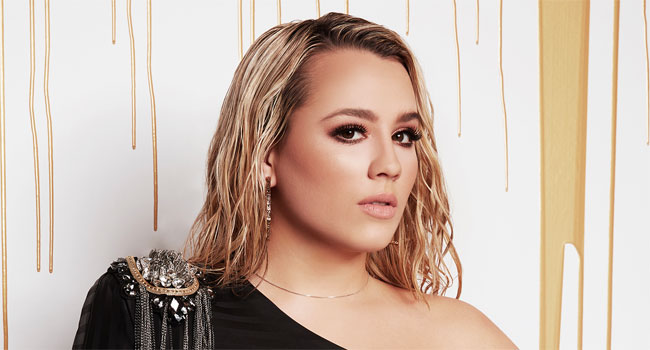 Hot off her ACM New Female Artist of the Year win, Warner Music Nashville’s Gabby Barrett is back atop the country radio charts, reigning Billboard’s Country Airplay chart with her platinum-certified single “The Good Ones.” This marks the first time in five years a solo female artist has sent her first two radio singles to the top of Billboard’s Country Airplay chart.

“I did not think the past week could have been any more amazing, but to have the No. 1 song feels like the cherry on top,” Barrett shares with Billboard. “I’m so grateful for my husband, who truly is a good one and inspired this song. Thank you to my family and fans for supporting me, my label and team for helping take my second single to the top and country radio for playing it. Most importantly, I’m thankful for our gracious Lord Jesus and how kind He is to me always. It’s more than I deserve.”

Written by Barrett with Zach Kale, Emily Landis, and Jim McCormick, “The Good Ones” has tallied more than 245 million global streams. Breaking records, last week the track rose to No. 1 on Billboard’s Hot Country Songs chart – the first time a female artist has sent her first two singles to No. 1 on this chart since 2012. Additionally, the song ranks No. 1 in sales among this week’s Mediabase Top 50. Last year, she made history as the first-ever female country artist to top ten million single week streams with 11.3 million for her 5x platinum debut record-breaking single “I Hope.”

Barrett will hit the stage at the 56th Academy of Country Music Awards airing Sunday, April 18th at 8 pm ET/delayed PT on CBS, celebrating her New Female Artist of the Year win, and contending for Single of the Year with “I Hope.” Then, she will bring her latest chart-topper to CBS’ The Late Late Show with James Corden p­­­erforming on Wednesday, April 28th at 12:35 am ET/PT.

With the potential to add more high-profile awards to her arsenal, Barrett is the most-nominated country artist at the upcoming iHeartRadio Music Awards, scoring four nominations. She’ll vie for Best New Country Artist and Country Song of the Year for “I Hope,” plus the all-genre Best Collaboration and Best Lyrics for “I Hope” featuring Charlie Puth. The 2021 iHeartRadio Music Awards will air live on FOX from The Dolby Theatre in Los Angeles on Thursday, May 27th from 8 pm-10 pm ET.