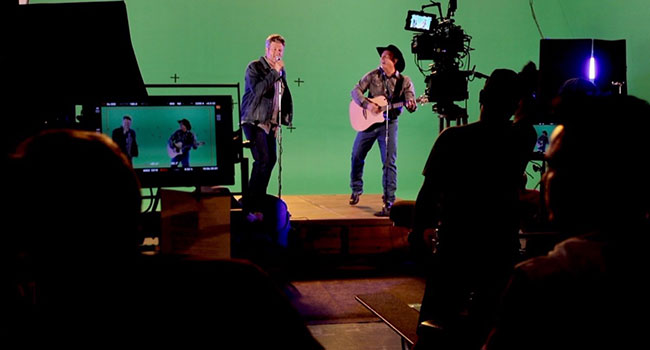 Seven-time CMA “Entertainer Of The Year” Garth Brooks is offering fans a look behind the scenes of his first music video in 12 years in a special broadcast of “The Making Of Dive Bar” set to exclusively premiere on CMT on Saturday, January 18th at noon ET, and will re-air on Sunday January, 19th at noon ET.

Brooks co-directed the music video for his current Top 15 single with Blake Shelton, “Dive Bar,” alongside Robert Deaton, teaming up to make a one-of-a-kind concept. Brooks and Deaton share the process that went into making the video, including Brooks’ band members taking scuba diving lessons to bring the song to life and the meticulously shot visuals throughout. Brooks’ collaborator on the track Blake Shelton is also featured in the special, offering a humorous glimpse into the atmosphere on set for the video that garnered over 30 million views in five days.

Brooks’ current single also sparked his Dive Bar Tour across the country, where the only way in was to win tickets via country radio. Brooks just announced he will extend the intimate tour into this year, kicking off in Boston where some inclement weather prevented the previously scheduled show from taking place. The rescheduled show is set for Wednesday, February 5th at the Six String Grill and Stage. More Dive Bar Tour dates will be announced in the near future.

Brooks launched the monumental The Stadium Tour in March of 2019. In the first ten stadiums announced, Brooks set massive ticket sale records, with many shows selling out in minutes and breaking attendance records. Brooks will continue the colossal tour in Detroit, MI at Ford Field on February 22nd, Charlotte, NC at Bank of America Stadium on May 2nd and Cincinnati, OH at Paul Brown Stadium on May 16th.