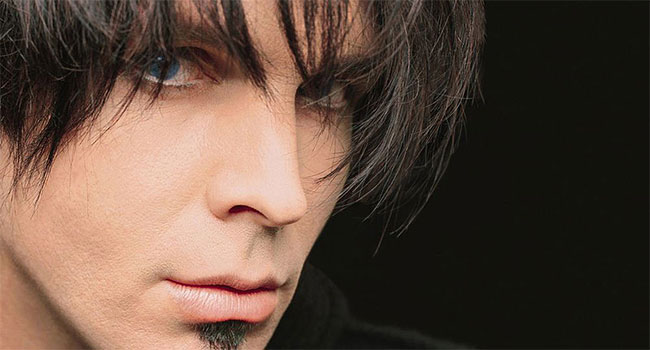 Garth Brooks has hinted that his alter ego Chris Gaines may come out of retirement soon, much like the country superstar did in 2014 after raising his three daughters. In an interview with Nashville’s The Tennessean, Brooks hints that he may be reliving the project he introduced in 1999 with …In The Life of Chris Gaines, a pre-soundtrack to a film called The Lamb that never made it past the pre-production stages, leaving fans more confused than ever.

“Does the music still stand up to you?” Brooks asks. “You bet your ass it does. I’ll put that music up against any music or anybody. That music is undeniable.”

He also shares, “The Gaines project isn’t done,” while not alluding to anything further.

The album saw Brooks lose weight, grow out his hair and don a body suit as a fictional Australian pop/rock star that had an elaborate backstory so believable a VH1 Behind the Music special was created with interviews by Brooks as Gaines and the real Billy Joel. The project went double platinum and gave Brooks his only pop hit with “Lost In You,” but was a disappointment compared to his previous releases.

It’s one aspect of Brooks’ career he doesn’t speak much about. However, as 2019 marks the 20th anniversary of the release, Brooks has discussed it more openly than before, stating, “My ribs haven’t healed from getting the shit kicked out of me” for portraying the character.

Gaines is also discussed in his upcoming two part A+E Biography, Garth: The Road I’m On, set to air December 2nd and 3rd on the cable channel, despite wanting to relive those moments. However, Brooks allowed A+E to tell the story of his career, therefore, the topic is discussed as wife Trisha Yearwood praises the music as some of the best music of Brooks’ career.

“Anytime someone tries to make a joke about Chris Gaines, I want to punch them in the face,” Yearwood says with a chuckle. “I love this record. This guy is an artist. He can do whatever the hell he wants to do.”

The album celebrated its 20th anniversary on September 28th and fans in Nashville held Gainesfest 2019 to celebrate the artful project. Festivities included a Chris Gaines look-a-like contest, Chris Gaines tribute band, art for sale that was inspired by Gaines and more.