The sneak peak will be exclusive to Brooks’ GhostTunes music store

Garth Brooks is offering a sneak peek at his new album Man Against Machine nearly two weeks before its release.

In an email sent out early Thursday (Oct 30th), Brooks states that he will offer the sampling for 24 hours on Halloween exclusively on his GhostTunes digital music service.

“A friend of mine at GhostTunes asked if we would take a different look at sampling for this new record,” Brooks writes to fans. “He wanted to know if we would speak a little bit on each song as a snippet of the song was playing. Because he asked, we went into studio and tried it. We were all surprised to hear how cool it turned out.

“Because it was his idea and his ask, I felt it fair to keep this to GhostTunes,” the singer continues. “Because it is GhostTunes, Halloween seems like the perfect time. So, for 24 hours, starting at midnight Thursday night, October 30th and for the entire 24 hours of Halloween, 2014, a sneak-peek at the new album will be available.”

The album will be available everywhere on November 10th via RCA/Legacy/Pearl Records in standard and a Limited Black Edition. 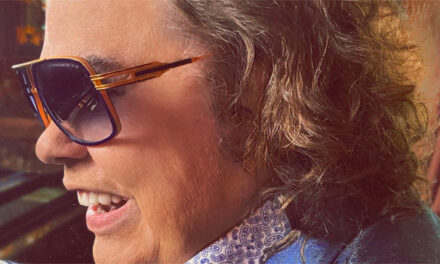 Ronnie Milsap returns with ‘A Better Word for Love’