The Academy of Country Music and dick clark productions announced today that Garth Brooks, Kenny Chesney, Miranda Lambert, Reba, George Strait, Taylor Swift, and Brooks & Dunn will be honored with the prestigious 50th Anniversary Milestone Award commemorating their groundbreaking career achievements in ACM Awards history. The seven honorees will each receive an exclusive trophy created by renowned jewelry and timepiece designer, David Yurman, during the 50th Academy of Country Music Awards. The ceremony, co-hosted by Blake Shelton and Luke Bryan, will be broadcast live, and as previously announced, extended by half an hour in celebration of its golden anniversary, from AT&T Stadium in Arlington, Texas on Sunday, April 19th at 8 PM – 11:30 PM ET/delayed PT on the CBS Television Network.

“The history of the ACM Awards and country music would not be the same without the incredible achievements by these seven superstars,” said Bob Romeo, CEO for the Academy of Country Music. “We are so thankful toDavid Yurman for partnering with us and creating such a perfectly crafted trophy that memorializes these amazing milestones.”

The 50th Anniversary Milestone Award trophy, designed by David Yurman, is crafted in America by master silversmiths and sculpted out of more than 1,010 grams of sterling silver on a zinc base. Each aspect of the special award reflects an element of the brand. The curved silver flutes echo the iconic Cable motif, and the hat is edged with 4.16 carats of black diamonds while the band gleams in 18k gold, introducing the designer’s love of mixing metals. Topping off the statue is black onyx carved in the shape of David’s signature Albion gemstone, with the numeral 50 inlaid in 18k gold. Each winner’s name will be engraved in the sterling silver plate and the back of the base features the designer’s logo.

“These artists have reached an incredible milestone in their careers – this acknowledgment is extraordinary,” said Designer and CEO, David Yurman. “And the fact that the Academy of Country Music asked me, a sculptor turned jeweler, to collaborate on this award was truly an honor.”

GARTH BROOKS – Most Awarded ACM Entertainer Of The Year

Brooks has won twenty-one (21) ACM Awards including six (6) ACM Entertainer of the Year trophies, making him the most awarded Entertainer of the Year in the Academy’s history and is nominated again this year in that category. He has also been recognized as ACM Dick Clark Artist of the Decade for the 1990s and received a 40th Anniversary Milestone Award.

Lambert is the Academy’s most awarded solo female artist with a total of eighteen (18) ACM awards. Currently, she holds the record for the most consecutive Female Vocalist wins with five awards. Additionally, Lambert is the most winning Song of the Year solo female artist with three (3) awards, having been honored as the artist for “The House That Built Me,” and as the artist and composer for “Over You.” This year, Lambert leads with eight nominations, including her forth nomination for Entertainer of the Year and ninth consecutive nod for Female Vocalist of the Year.

REBA – Most Awarded ACM Female Vocalist Of The Year

Reba has earned a total of thirteen (13) ACM Awards and is the Academy’s most awarded Female Vocalist of the Year of the past 50 years with seven (7) awards. In addition, Reba has hosted the ACM Awards a record fourteen (14) times spanning over four (4) decades, the most for any host in the Academy’s history. She was also honored in 2011 with a Career Achievement Award for advancing the popularity and acceptance of country music through their endeavors in the entertainment industry.

Strait, the king of country music, has a remarkable career earning a total of twenty-one (21) ACM Awards spanning the course of four consecutive decades. Having won his first ACM Entertainer accolade for 1989, Strait’s 2013 win in the category gave him the largest span, 24 years, between Entertainer wins in Academy history. He also received the 40th Anniversary Milestone Award in 2005, five (5) Male Vocalist of the Year Awards, and was honored as the ACM Dick Clark Artist of the Decade for the 2000s, being only one of five acts to have received the honor.

Swift has won eight (8) ACM Awards including a Jim Reeves International Award in 2011 for her outstanding contributions to the expansion of country music throughout the world. She earned the Crystal Milestone Award for being the best-selling artist in all genres of music in 2008 and has also won two ACM Entertainer of the Year awards. At the age of 21, Swift became the youngest Entertainer of the Year in the Academy’s history.

Brooks & Dunn, the best-selling duo in country music history, have won the most ACM Awards in the past 50 years with a total of twenty-seven (27) awards including three (3) Entertainer of the Year trophies, and a Triple Crown Award. They also hold the record as the top winning Vocal Duo with sixteen (16) awards, and with the most consecutive Vocal Duo wins with eight (8).

Limited view tickets for the 50th ACM Awards are available NOW at Ticketmaster.com. Tickets to the ACM Awards sold out last spring in a record 18 minutes, but as staging changes became final for the telecast, seats to the previously sold out Awards have been added.

‘The Big Interview’ get super-sized with Sammy Hagar 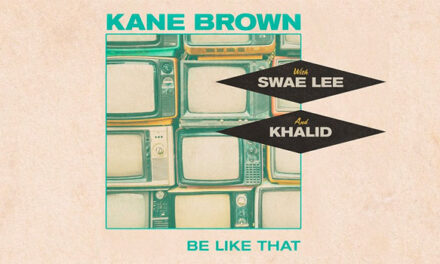 Kane Brown, Swae Lee, Khalid No 1 most added at Top 40