Garth Brooks sold over 50,000 tickets in less than 30 minutes for his upcoming concert at Rice-Eccles Stadium in Salt Lake City, Utah. The on sale is Ticketmaster’s fastest stadium sell out in US history, according Brooks.

The concert will be Saturday, July 17th at 7 pm. This will be the first concert at Rice-Eccles Stadium in 10 years that has a capacity of just under 46,000 for games. The concert is in-the-round seating.

Brooks is set to resume The Garth Brooks Stadium Tour on July 10th with a sold out show in Las Vegas, marking the first live event at Allegiant Stadium, and first show back since being sidelined by COVID. It was one of three announced concerts that had to be postponed from 2020.

Brooks’ other two announced 2020 stadium dates have been postponed multiple times due to social distancing restrictions. The Cincinnati date — originally scheduled for Paul Brown Stadium for May 16th, but rescheduled for June 27th, and then for May 1st — will now happen on September 18th with Charlotte — originally scheduled for Bank of America Stadium on May 2nd, and then rescheduled for June 13th, then bumped again to October 10th and then to April 10th — will now happen on September 25th. All tickets for each original date will be honored for the respective new ones.

Brooks will also headline opening night of Cheyenne Frontier Days with special guest Ned LeDoux on Friday, July 23rd with a sold out show. Tickets went on sale on April 15th and sold out within an hour. Many fans were put in the queue but were unable to secure tickets.

The Garth Brooks Stadium Tour was set to hit 10-12 cities per year for an initial three year run with most of the venues being college stadiums. Brooks has confirmed stadium tour dates are scheduled through summer of 2022, with several unannounced dates having been rescheduled due to the pandemic.

In November 2019, Brooks set the concert ticket sales record at Neyland Stadium in Knoxville, TN. Brooks broke the internet, literally, when the initial round of tickets went on sale in September, freezing Ticketmaster’s systems. Moving at over one thousand tickets a minute, the Garth Brooks Stadium Tour ticket on sale for Knoxville, TN came to a halt when the system could not open tickets fast enough to keep up with the demand. Over 80,000 tickets were sold after production hold seats were released and sold out in minutes.

The Garth Brooks Stadium Tour averaged just over 83,000 tickets in each city and over 964,000 tickets sold to date. 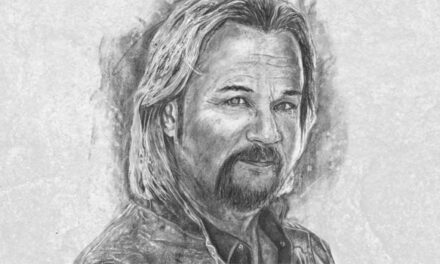