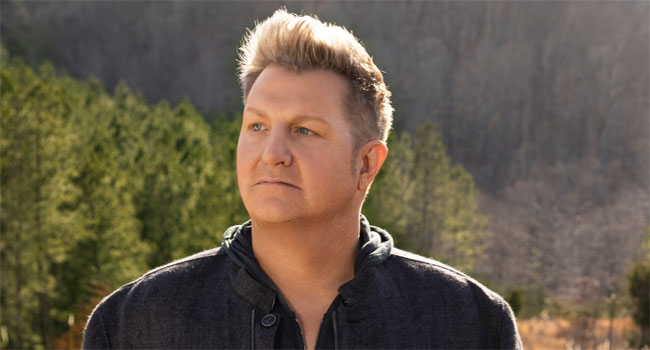 Gary LeVox, most well-known and beloved as lead singer of Rascal Flatts, released a stirring new Christian solo track, “The Distance” via Big Machine Records. “The Distance” is an epic expression of the power of faith – and one that’s much needed in a pandemic-ravaged world. Written by LeVox with Josh Hoge and Matt McVaney, it’s a first-person testimony, full of encouragement and a sense of resilience. LeVox also released a powerful performance video of the track, which premiered with Jesus Calling.

“’The Distance’ was the first song written for my solo chapter,” explains LeVox. “With the struggles and battles so many have gone through this past year and taken over people’s everyday lives, this felt like a true song of hope. With this song, the message we wanted to share is that our hope is not lost, it’s found on the cross. And with God, we can go the distance. Don’t ever give up.”

The song follows his Christmas single, “Christmas Will Be Different This Year,” released in November. LeVox co-wrote the thoughtful holiday track with Natalie Hemby and Stephen Moccio, who also guests on the song.

After 20 years as front man to one of the most influential groups in country history, Rascal Flatts’ Gary LeVox is embarking on a solo chapter that combines two of his biggest passions – music and faith. With his debut single, “The Distance,” the Ohio native unveils the empowering first taste of that mission, delivering an epic expression of the power of belief that’s tailor made for the COVID-19 era. Grounded in the Flatts legacy, but clearly existing on a different sonic plane, the track features an exhilarating mix of LeVox’s stratospheric vocals and high-energy instrumentation, encouraging fans of both country and contemporary Christian music to never give up – and it’s a message he knows by heart. Along with bandmates Jay DeMarcus and Joe Don Rooney, LeVox founded Rascal Flatts in 2000, and they went on enjoy one of the most successful careers in modern country music. Infusing the genre’s traditional sound with massive pop hooks, rock showmanship and faithful positivity, they scored 17 No. 1 singles and sold over 23 million albums, while also selling more than 11 million concert tickets and earning 40+ awards-show trophies – making them the most awarded country group of the last decade. The group celebrated its farewell with Twenty Years of Rascal Flatts The Greatest Hits in 2020, and LeVox will continue to pursue a career as a solo artist.