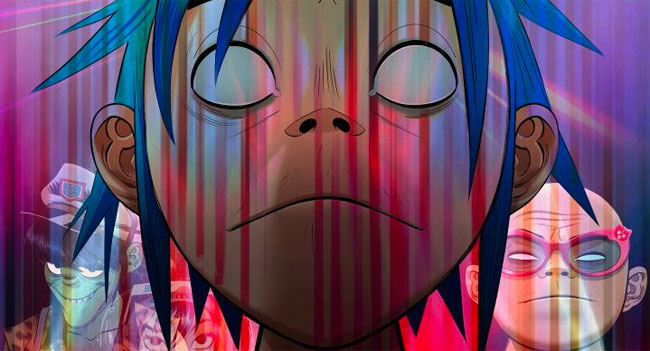 Coming on December 12th and 13th, Song Machine Live sees Gorillaz first live performance since 2018 broadcast live around the world with three shows across three time zones through the magic of LIVENow. The biggest virtual band on the planet will bring their magnificent Jamie Hewlett visuals and thrilling live performance blended together in the unique Gorillaz way. With guitarist Noodle, bassist Murdoc Niccals, drummer Russel and frontman 2D joined by Damon Albarn and the full Gorillaz live band plus a choice selection of featured artists.

Song Machine is the ongoing and ever-evolving process which sees Gorillaz release new episodes throughout 2020, recorded and captured live in Kong Studios and beyond, and made available as and when they are ready.

Song Machine: Season One – Strange Timez is out on October 23rd with physical releases on standard CD, vinyl, cassette and 17 track deluxe CD and deluxe LP. Not forgetting the bulging full-color, one-of-a-kind 210 page Almanac, the very first annual from Gorillaz.

Gorillaz are once again disrupting the paradigm and breaking convention in their round the back door fashion with Song Machine, the newest concept from one of the most inventive bands around. Song Machine will see Gorillaz joined by an exciting and ever-evolving roster of as yet unannounced collaborators captured live in Kong Studios alongside the world’s most successful virtual band.