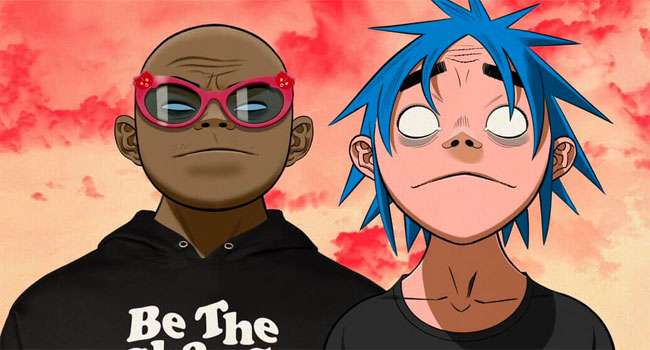 No word on when film will be released

Gorillaz’ Damon Albarn has confirmed a film is in the works about the virtual band. Albarn talks to radio.com’s New Arrivals about its new music, working and hanging out with Beck, and the full-length, scripted movie they have in the works.

“Well, we are supposed to be making a film while we’re doing season two (of Song Machine),” he says. “We signed contracts, we’ve begun scripts and stuff. Making an animated film that’s kind of abstract is quite a big risk for a movie studio because they’re very expensive. If you’re telling a slightly obtuse, weird story, that only sometimes makes any sense, it’s quite difficult. That’s what we’ve discovered…We will do it; we are doing it. I see a lot of people doing animated videos these days but I don’t think they really touch the quality of ours.”

Gorillaz is currently working on season two of Song Machine, the ongoing and ever-evolving process which sees the band release new episodes as they are ready. The series features performances recorded and captured live in Kong Studios and beyond, including their latest with Elton John and 6lack.

The band will bring Song Machine Live to a global audience via livestreaming on December 12th and 13th. It’ll be Gorillaz’s first live performance since 2018 with three shows across three time zones through the magic of LIVENow. The biggest virtual band on the planet will bring their magnificent Jamie Hewlett visuals and thrilling live performance blended together in the unique Gorillaz way. With guitarist Noodle, bassist Murdoc Niccals, drummer Russel and frontman 2D joined by Damon Albarn and the full Gorillaz live band plus a choice selection of featured artists.

In October, they released the first annual Gorillaz Almanac, published in partnership with the renowned Z2 Comics. The Gorillaz Almanac is a full color, one-of-a-kind, fun-packed, 120+ page, sideways homage to two glorious decades of Gorillaz, featuring exclusive new artwork puzzles, games and more; plus a raft of special guest appearances from Gorillaz collaborators past and present.