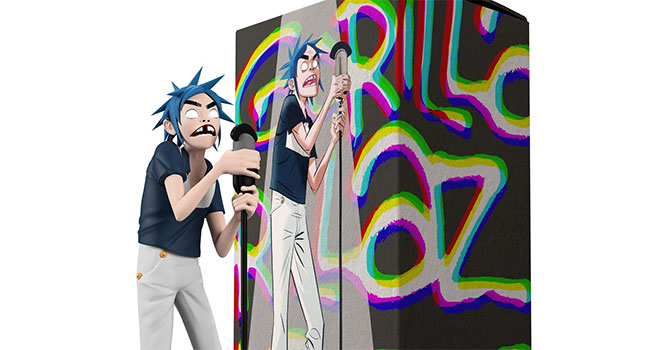 “Gorillaz is a massive inspiration, and I’m incredibly thrilled to be working with Jamie on toys again,” states Superplastic founder Paul Budnitz.

“I was out window shopping for the holiday season or something like that, and in one window I saw my reflection. But I looked so much smaller. And it looked like I was singing,” shares 2D.

Budnitz, who created the original Gorillaz toys in collaboration with Hewlett almost ten years ago, is often credited with popularizing the art toy movement around the world and is also well known as co-creator of synthetic celebrities Janky & Guggimon.