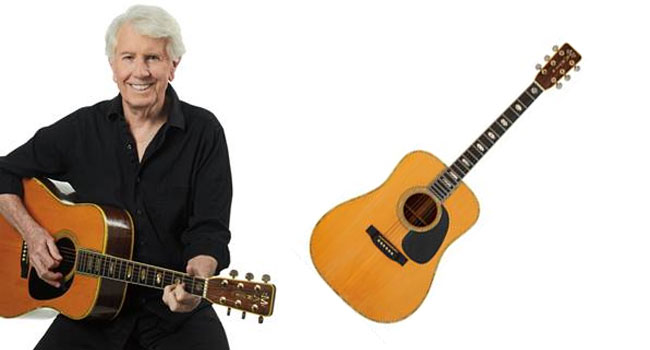 For more than 60 years, Graham Nash was the voice of a generation. Through collaborations with the Hollies and Crosby, Stills and Nash, Nash & Young became a two-time Rock and Roll Hall of Fame inductee, however, few know of his passion for the historic collection of guitars he amassed over the years.

On July 20th, Heritage Auctions will present a group of 19 guitars from Nash’s important collection at auction for the first time, including the iconic 1969 Martin D-45 Acoustic Guitar, which he played at Woodstock.

“I don’t collect just any type of guitars.”

Johnny Cash. Stephen Stills. Charlie Gracie. Buddy Holly. Bo Diddley. All live on in Nash’s collection and each guitar has a tale to tell.