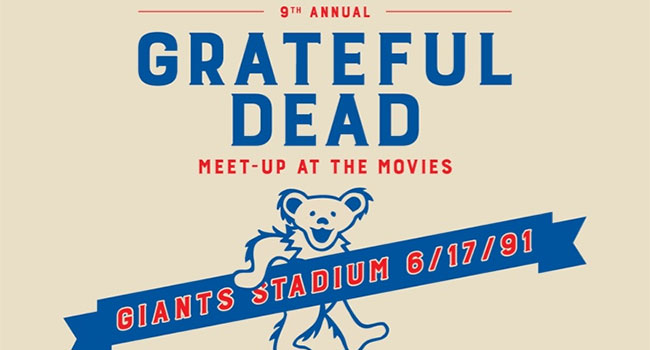 Global entertainment distributor Trafalgar Releasing is bringing the 9th Annual Grateful Dead Meet-Up at the Movies to select movie theaters on Thursday, August 1st. This meet-up marks the first time that the acclaimed series will receive a global outing, reaching audiences worldwide. Fans of the iconic classic rock band can now find their local screening and purchase tickets at MeetUpAtTheMovies.com.

The highly anticipated annual fan event this year will showcase the previously unreleased complete June 17, 1991 concert from Giants Stadium in New Jersey, widely considered to be one of the greatest shows of the band’s final decade of performing. The event’s August 1st date coincides with the birthday of late Grateful Dead founding member Jerry Garcia, which is now a yearly time of celebration in the Dead Head community.

“The Summer Tour of 1991 was widely considered one of the best of the 1990s, and the June 17, 1991 show at Giants Stadium was nearly universally acclaimed as the best of the tour. I was fortunate to see quite a few shows in 1991, a terrific year for the Grateful Dead, and the one show from 1991 whose reputation grew as time went on was this concert,” says the band’s archivist and legacy manager David Lemieux. “Now, 28 years later, its mystique is here for everyone to see and hear in the best possible quality. Over the years, the greatest Dead shows of all time have frequently been mentioned as suggestions and requests for release, shows such as Harpur College, Veneta, Cornell, Hampton’s Warlocks shows, and amongst those, near the top of the request list, is Giants Stadium 6/17/91. We’re thrilled to be partnering with Trafalgar to bring it to you on August 1. It’s going to be an outstanding night of music.”

The June 17, 1991 concert chosen for this year’s event is sure to be a crowd pleaser, as the show is one of only two recorded on 48-track analog tape, providing spectacular and unprecedented audio quality. The 1991 Giants Stadium show features fan favorites such as “Eyes Of The World,””Truckin’,””Uncle John’s Band,” along with Grateful Dead rarities including: “Saint Of Circumstance,” “Might As Well,” “New Speedway Boogie,” and so much more. Mixed by Jeffrey Norman in glorious surround sound with video from the multi-camera live edit, this will be the first time the Bruce Hornsby and Vince Welnick line-up has ever appeared on the big screen.

As a special treat, this extraordinary screening will also feature a reveal of the Grateful Dead’s 2019 boxed set, personally hosted by Lemieux.

“It’s been incredibly exciting to watch the Grateful Dead Meet-Up at the Movies evolve over the last eight years, with the audiences growing larger and more eclectic with each installment,” states Mark Pinkus, President of Rhino Entertainment who oversees Grateful Dead Properties. “Partnering with Trafalgar Releasing will now take us to the next step in this evolution, with even more diverse cinema offerings and worldwide distribution. I fully expect the ninth annual Meet-Up being the biggest yet and look forward to attending on August 1st.”

“Trafalgar Releasing couldn’t be more excited to unite Grateful Dead fans across the globe for this exciting expansion of the annual Meet-Up leading into its ninth year,” adds Kymberli Frueh, SVP for Acquisitions at Trafalgar Releasing. “Our focus is on creating global cinema events that connect communities of fans across the world and we are excited to bring the annual Meet-Up to Dead Heads outside the US as well.”

The event will be screened in theaters around the world on Thursday, August 1st. 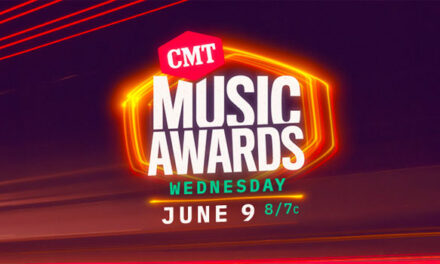 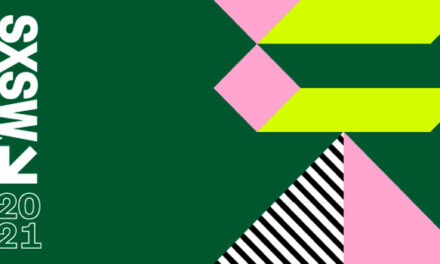