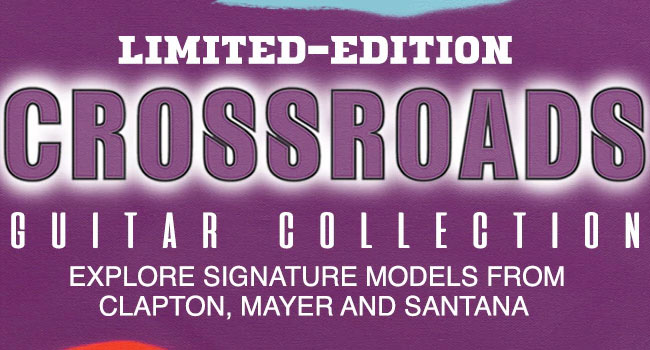 The collection launch coincides with the 2019 Crossroads Guitar Festival in Dallas, TX, taking place Friday, September 20th and Saturday, September 21st. Guitar Center is a key sponsor of the event and will have a strong presence on-site, including a Guitar Center Village where the limited-edition guitars will be displayed.

The complete 2019 Crossroads Guitar Collection will be on display at the Guitar Center Village during the Crossroads Festival September 20-21 from noon until 8 pm CT. Ticketed attendees can see each of the instruments in this collection, along with memorabilia associated with each guitar. Additionally, on display will be the Gibson ES-335 guitar used by Eric Clapton on numerous landmark recordings, including the enduring Cream hit and festival namesake “Crossroads.”