Howie Hubberman, who financed Guns N’ Roses in their early days, has confirmed that he is working on a film about the band with actor James Franco and Reckless Road: Guns N’ Roses and the Making of Appetite for Destruction author Marc Canter.

“To get the publishing for the songs for this movie is not easy, but we’re doing it,” Hubberman tells Metal Sludge. “There are a lot of books about Guns N’ Roses out there, but Marc Canter’s book, Reckless Road, is the best one, because he was there with the band from 1984 to 1988, and the whole band loved him. So we optioned the book, and it’s in pre-production with James Franco.”

In the 2008 book, Canter recounts the formative years of one of the greatest rock bands of all time.

”When Guns N’ Roses formed, Marc became like the sixth guy in the band,” original GNR bassist Duff McKagan states of Canter. “He was always around and had unlimited access to the band, especially in the early days. He believed in us from the beginning and had a much broader view of what the band was about than we had from the early stages. He documented the whole thing, tirelessly.”

“James Franco said he is doing it, and he has never said he was going to do a movie that he didn’t eventually do.”

Hubberman says he knows that many movie ideas in Hollywood don’t make it all the way, but states that this project is certainly happening.

Hubberman and Canter have begun writing the screenplay in Hollywood. No further details have been revealed at this time.

In the ’80s, Hubberman owned one of Hollywood’s biggest music equipment stores, Guitars R Us, and also managed Poison during the glam band’s original rise to stardom. He helped get Poison a recording contract with Capitol Records and Guns N’ Roses with Geffen before moving on to other projects including working with Tuff and the Zeros. 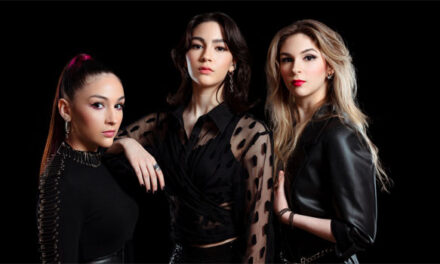