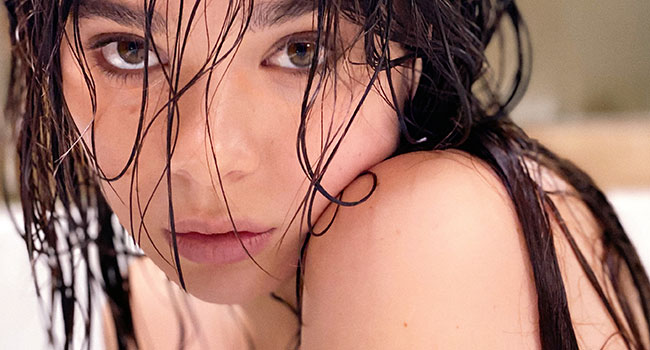 Academy Award  nominated actress and multi-platinum recording artist Hailee Steinfeld pours her heart out on her reflective new track, “Wrong Direction,” via Republic Records as the New Year begins. “I don’t hate you, no I couldn’t if I wanted to. I just hate all the hurt that you put me through,” Hailee opens on the somber ballad with her ethereal vocals to deliver an incredibly emotional performance. Steinfeld wrote “Wrong Direction” with Lowell, Skyler Stonestreet and KOZ, who produced the song as well.

Speaking with Zane Lowe on the song’s inspiration, Steinfeld shares, “I’ve learned how easy it is to fall in love with the idea of falling in love and more importantly how hard it can be to accept the reality of losing yourself in someone else’s version of the word.”

“Wrong Direction” is the first new music Steinfeld has shared since the release of “Afterlife (Dickinson),” the “sparkling” (Billboard)” and “haunting” (Rolling Stone) single from her critically acclaimed Apple TV+ series Dickinson this fall. “Wrong Direction” underscores Steinfeld’s newfound fearlessness when it comes to her songwriting and is just a taste of what fans can expect to hear more of as the singer and actress readies new music imminently.

Republic Records multi-platinum recording artist Hailee Steinfeld quickly cemented herself as a force to be reckoned within pop music by releasing a series of certified hits. In addition to her breakout double-platinum debut single “Love Myself,” her growing discography encompasses the triple platinum hit “Starving,” and platinum-certified singles “Most Girls” and “Let Me Go.” To date, Steinfeld has amassed a total of nearly six billion streams globally and joined artists like Katy Perry, Charlie Puth, and Meghan Trainor on tour.

Steinfeld is also an Academy Award nominated actor. She made her big-screen debut in 2010 with the Coen Brothers’ film True Grit, which she earned an Oscar nomination for. In 2015 she starred in the blockbuster Pitch Perfect 2 and in 2016, she starred in The Edge of Seventeen with a performance that earned two Critics’ Choice Award nominations and a Golden Globe nomination. And in 2017, she returned with her starring role in the blockbuster Pitch Perfect 3, accompanied by three Teen Choice Award nominations for her work in both film and music. In 2017, Steinfeld also won “Best Push Artist” at the MTV EMAs, Musical.ly’s “Top Covered Artist” award at the Billboard Music Awards, and was honored by Variety with the “Crossover Artist” award at its annual Hitmakers event.

In 2018, Steinfeld starred in Paramount’s blockbuster Bumblebee. In support of the release, the multi-faceted artist also released “Back To Life,” an original song from the film’s soundtrack. What’s more, she voiced the character of “Spider-Gwen” in the Academy Award  winning film Spiderman: Into the Spider-Verse. Most recently, she starred and served as executive producer of Dickinson on Apple TV+.