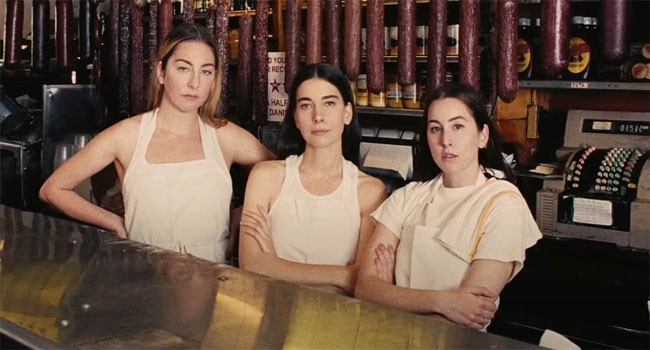 Women In Music Pt. III expanded to include collaborations with Taylor Swift and Thundercat

Women In Music Pt. III is nominated for Album of the Year at the 63rd Annual GRAMMY Awards, marking the first time an album by an all-female rock group has been in the category. Their single “The Steps” has also been GRAMMY nominated for Best Rock Song.

Released in June of 2020, Women In Music Pt. III was lauded as HAIM’s most compelling and strongest album yet. The band released several music videos from the album and delivered dozens of noteworthy performances across television and online platforms. Women In Music Pt. III was also overwhelmingly celebrated globally as one of the best albums of 2020 by media partners.