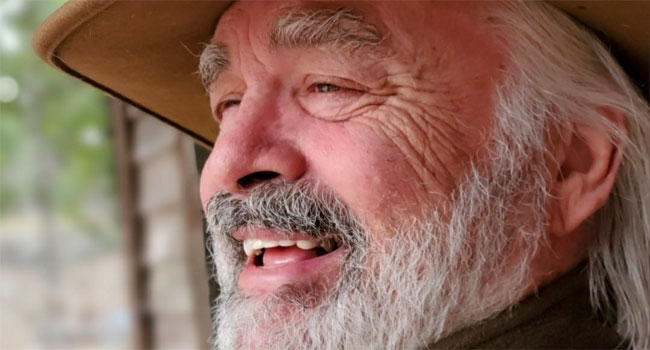 Ketchum had a string of hits in the Nineties

Nineties country singer Hal Ketchum has died at the age of 67 from dementia. His wife Andrea revealed the news on Ketchum’s Official Facebook page on Tuesday (Nov 25th).

“With great sadness and grief we announce that Hal passed away peacefully last night at home due to complications of Dementia,” she writes. “May his music live on forever in your hearts and bring you peace.”

Some of his most legendary hits as an artist include, “Long Haired Country Boy” which got nominated for a CMA award in 1997, “Past the Point of Rescue,” “Small Town Saturday Night” and “Hearts Are Gonna Roll.” Ketchum’s 1991 album Past the Point of Rescue is his most commercially successful, having been certified gold by the Recording Industry Association of America. Between 1991 and 2006 Ketchum had seventeen entries on the Billboard Hot Country Songs. Ketchum was not only a genuine entertainer and talented lyricist but a friend to many in the music and entertainment industry. He was also a member of the Grand Ole Opry.

His wife revealed he was suffering from Alzheimer’s in April 2019 and was no longer able to perform.

Ketchum lost the feeling of the left side of his body after a diagnosis with acute transverse myelitis in 1998. He continued his music career until 2008 when he announced his retirement. He resumed in 2014 by releasing another album and performing live until he could no longer do so.

Fellow artists mourn the loss of their friend and share fond memories that have left them forever inspired by the timeless Hal Ketchum.

“The Oak Ridge Boys are saddened over the loss of Hal Ketchum … a great voice and a great guy … 2020 has been hard … so many country music artists and songwriters have gone home this year … Rest easy Hal.” – The Oak Ridge Boys

I am saddened to hear the news of the passing of Hal Ketchum. He had such a distinctive voice and way of delivering a song. He was also a very nice man and wow, could he snow ski!! I will cherish the day I spent with Hal and Charlie Daniels the day we shot the video for the Long Haired Country Boy remake at Charlie’s place. If you watch the video and you think we must have had a lot of fun you’d be correct. It was a great day and will be forever a fond memory.” – John Berry

“There is now another addition to the amazing band in heaven. I really hate to hear this. Hal was such a talented and wonderful guy.” – Johnny Lee

“I met Hal thru the Allen Reynolds group at Jack’s Tracks and was lucky to do some shows with him. At the 1st 30A Songwriters show we did, he sang “Stay Forever” a cappella and it was one of the most beautiful things I’ve ever heard. He will be missed. My condolences to his family.” – Kent Blazy

“My heart is breaking for the family of Hal Ketchum. I always enjoyed playing the Grand Ole Opry with Hal. He stepped on that stage with a smile on his face, and the music he sang was pure poetry. He will be missed.” – Tim Atwood