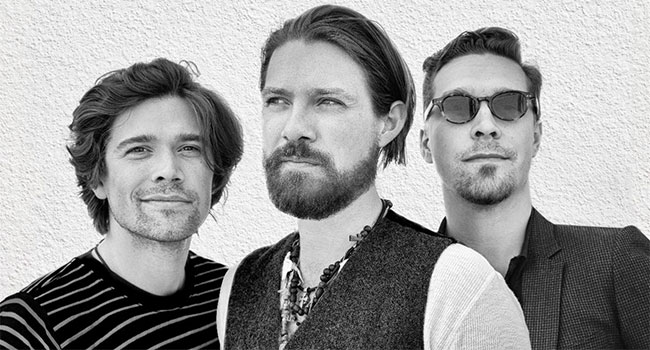 Celebrated pop rock trio Hanson are bringing their Wintry Mix Tour to select cities across North America, this November and December. The concerts will feature an eclectic mix of Christmas and holiday classics, fan favorites and the live preview of brand new music from the band’s forthcoming seventh studio album, set for release in 2020. Tickets for the tour go on sale beginning Sept 20th, with the band’s Hanson.net members pre-sale beginning September 14th.

“This is an exciting time for the band, with new music around the corner and more than 25 years of music behind us,” states Taylor Hanson.

“This tour is a collision of worlds with Christmas classics and a taste of brand new music, making for an uncommon but awesome mix,” adds Zac Hanson.

The tour announcement comes after the band’s acclaimed tour and album String Theory featuring the band performing alongside some of the world’s most accomplished symphonies, and to sold out crowds around the globe, from Sydney Opera House, to London’s Royal Festival Hall, and Schermerhorn Symphony Center in Nashville.

The ambitious symphonic project was arranged in collaboration with legendary composer and arranger David Campbell, and mixed and recorded by Grammy award winning mixers and engineers, Jim Scott and Craig Alvin. The landmark project followed the band’s sold out 25th Anniversary Tour which also took them around the world from the Europe to Australia and Latin America.