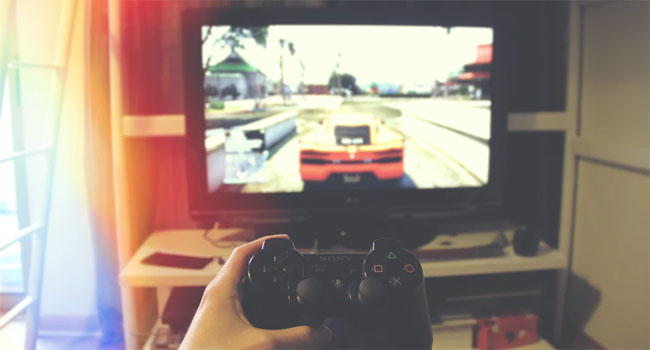 Many games have great soundtracks, although what qualifies as a “soundtrack” has changed a lot in recent decades. Back in the 1980s, 8-bit and 16-bit video games had to make use of melodic background music generated through MIDI equipment. These were often referred to as “chiptunes” since they were tunes generated by a computer chip.

This gave them their retro feel, sounding more like a polyphonic ringtone than a piece of music. Game developers made use of these limited resources well though, changing the tempo of tracks to portray a sense of urgency or danger in certain scenarios.

While the 1983 Journey arcade game, named after the rock band, played small snippets of actual Journey songs, these were played from a cassette tape, it wasn’t until CD-ROM games that gamers could enjoy real, licensed music when playing video games.

Grand Theft Auto, released to PC in 1997 and PlayStation in 1998, was one of the first to really show how music can be used to change the gaming experience. While many video games of the era, such as the original Gran Turismo, featured real songs as background music, Grand Theft Auto let the player choose their own soundtrack.

Outside of game menus, music was only played when driving cars, creating the feeling that you are listening to the car’s radio. The player could also switch between six different radio stations, playing different genres of music, including funk, hip-hop, rock, house, and country music. The songs were also punctuated by radio DJs who spoke to the listeners, just like in real life.

DMA, which is now known as Rockstar North, wanted to create a gaming environment that is as realistic as possible, and the radio stations in the original game were one of many ways they did this.

Expansion packs to the original Grand Theft Auto game were released shortly after, both being set in London during the 1960s. This was the first time that Rockstar Games included licensed music, including songs like Riz Ortolani’s Latin Quarter and Skinhead Moonstomp by Symarip which were produced in the 1960s.

This helped to set the tone of the game, better reflecting the tone of 1960s London, a sharp contrast from 1990s America where the original game was set. It was widely praised by players and critics, although the technical limitations of the time preventing them from including a bigger tracklist.

Rockstar has continued to do this in more recent games. Many praised Grand Theft Auto Vice City for its 1980s soundtrack, including famous artists like Michael Jackson, Ozzy Osbourne and Bryan Adams. This helped to create an authentic experience as you drove down the recreation of Miami’s Ocean Drive in a car that resembled the Lamborghini Countach.

Rockstar repeated this again in San Andreas, featuring a lot of 1990s rap music to match the era and the storyline.

Grand Theft Auto San Andreas took the music element a step further than the previous games. As well as having several radio stations to choose from while driving, flying or sailing, many buildings had their own songs that played while you were inside.

For example, while playing pool in one of the bars, the rock station plays in the background, reflecting the type of establishment you’re in. Meanwhile, all of the casinos played more upbeat music while you blackjack, roulette and video poker, which is similar to traditional versions of the game but is played against the machine instead of others.

Everyone has a different taste in music, so being restricted to only one tracklist is very limiting for players, particularly if they don’t like the songs chosen by the developers.

The radio station mechanic that has been included in every main GTA title helps to get around this by letting the player choose their own soundtrack, just like they would in real life.

It also helps to set the tone of the game and draw distinctions between the different areas of the map and the types of car being driven. For example, in San Andreas, most cars would default to the rap station, Radio Los Santos, while K Rose would be the default station for any cars you commandeer in the countryside.

Without this functionality and great selection of songs, Grand Theft Auto would not be the same.

3 great tips to save money on streaming services

What you should know about playing digital pianos 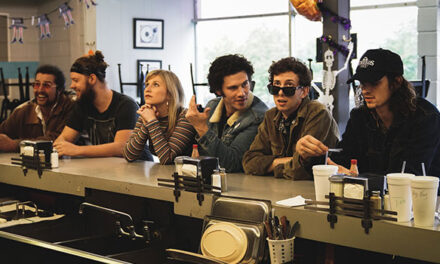 Jackson Bruck and the Dukes of Hume release first single