iHeartRadio, iHeartMedia’s all-in-one digital music and live streaming radio service, has announced it has joined forces with Virgin America to bring a new music selection to 35,000 feet – curated for the airline by iHeartRadio and Virgin Produced (Virgin Group’s entertainment arm). The partnership will integrate iHeartRadio-branded music stations into Virgin America’s award-winning Red in-flight entertainment system at every seatback and will also be available through iHeartRadio, allowing travelers to continue listening everywhere they go after landing via their own computer, tablet or mobile devices.

“We’re excited to partner with one of the most innovative and popular airlines to bring quality music and entertainment to consumers – even at 35,000 feet,” said Michele Laven, President of Business Development and Partnerships at iHeartMedia. “This is the first step in a robust partnership between Virgin and iHeartMedia and it paves the way for more exciting integrations in the near future.”

Earlier this month, Virgin America also announced the beta launch of the next generation of its Red in-flight entertainment system that creates even more of an immersive in-flight entertainment experience with higher resolution capacitive touch screens, Android-based software that will allow for faster, real-time updates, three times more content – including full seasons of favorite television shows, more interactive maps, video games including classics like Pac Man and Asteroids – and more.

Virgin America features the largest in–flight entertainment library in the domestic skies via the touch screen Red platform. In addition to a more than 25–film library, live television, music videos and video games at every seat, Red offers more than 3,000 MP3s and allows guests to create their own playlist in–flight. The airline is known for featuring an eclectic and diverse range of artists in its onboard library.

“We’re excited to partner with one of the most innovative and popular airlines to bring quality music and entertainment to consumers.”

The stations will also be available everywhere iHeartRadio is including online, mobile devices, wearables, in-car, in-home, gaming consoles and more. When accessed through the iHeartRadio platform, listeners will also have access to its interactive station features such as Thumbs Up/Thumbs Down feedback and skip.

“As the music fan’s airline of choice, we’re thrilled to partner with iHeartRadio to offer more variety to our flyers with these curated music stations,” said Alfy Veretto, In-flight Entertainment Manager at Virgin America. “And as we begin to roll out the next iteration of our in-flight entertainment system, Red, this month – our guests can expect an even more immersive experience onboard with new features like faster, higher resolution capacitive touch screens and even more entertainment content at their seatback.”

“Music and entertainment have always been an integral part of the DNA of our brand,” said Jason Felts, Co-Founder and Chief Executive Officer at Virgin Produced. “In addition to developing and producing our own content, we work closely with like-minded partners such as iHeartRadio to produce fresh entertainment offerings.”

Virgin America and iHeartRadio will roll out several promotions in 2015 to introduce the iHeartRadio branded stations to passengers, including videos on Red and more. 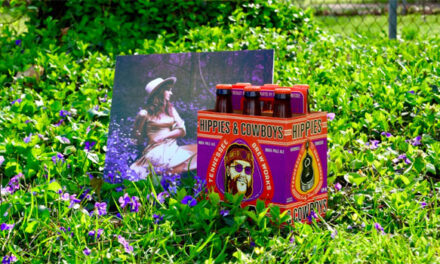