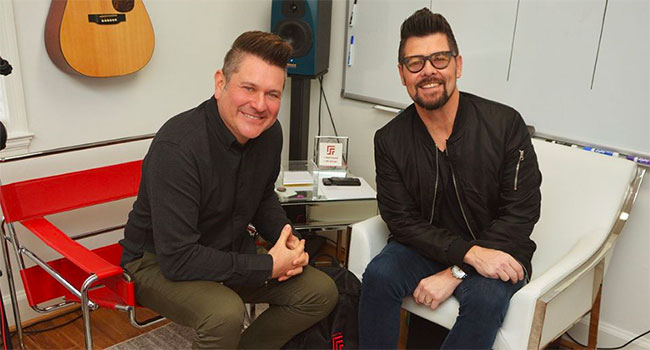 Crabb and DeMarcus share a long history of friendship and collaboration, first working together on 2013’s Love Is Stronger, then reuniting for the GRAMMY award-winning record, Unexpected, that was released in 2018. Through the years, the two have remained close friends and the pair could not be more excited about this moment.

“I’ve always loved making music with Jason even if it was just sitting in the studio helping him capture his vision but this was just beyond anything I could have imagined,” DeMarcus tells Billboard. “I’m so glad he’s here.”

“I feel like he’s more like my family, my brother, than anything and that’s the way it feels in the studio,” Crabb says. “There is no other place that I would rather be. What a huge honor.”

The entire Red Street Records team is thrilled with the addition of Crabb.

“To have someone like Jason Crabb join our roster is a monumental moment for Red Street Records,” shares President/General Manager Mark Lusk. “Jason Crabb is one of the most talented artists I know and I smile every time I hear him sing because it’s amazing to me how good he is. His artistry is well-known but what I love most about him is his heart for people and ministry. He truly loves everyone, and he shows Christ to everyone he meets. I’m proud that he’s part of the Red Street family.”

In addition to recording, Crabb has signed a publishing agreement with Red Street Records. Crabb will also serve as a mentor and advisor to younger acts being developed at the label.

“Jason’s presence at our record label is not just about him being an artist, it’s also about the experience and knowledge that he brings to our younger artists that we have on our roster,” DeMarcus states. “There’s a larger aspect of what Jason is trying to do at this point in his career than just simply making records and going out and touring on those records. Our partnership goes much deeper than him just simply being an artist.”

New music from Crabb is expected in 2020.