Grammy-nominated country superstar Jennifer Nettles has announced that she has signed to Big Machine Records, will release a new single this October and has set her next solo album for early 2016 release. In addition, she will embark on the headlining Playing With Fire Tour which will cross 20 plus cities beginning this October with Brandy Clark and Ryan Kinder.

“This is somewhat full-circle as I was at UMG Nashville as SVP/Promo when then-President Luke Lewis presented a disc of ‘this new band we’ve signed – pick a single,’” said Scott Borchetta, President and CEO of the Big Machine Label Group. “I was floored with Sugarland then and I’m floored with all things Jennifer now. She’s simply one of the best female voices to ever grace country music and I can’t wait for the world to hear her new music. Get. Ready.”

“I am so thrilled and honored to join the Big Machine family,” said Jennifer. “They are truly the best in the business. I loved working with Scott years ago, in the beginning of my career, and have been waiting for the right opportunity to get to work with him again! I’m so happy that day has arrived and I look forward to our exciting new adventures to come.”

Before hitting the road for her headlining tour, Jennifer will join the cast of the Dolly Parton television biopic, Coat of Many Colors, slated to air on NBC December 10th.

Nettles recently departed her longtime label, Universal Music Nashville (UMG), after releasing her first solo album That Girl in 2014 with the none of the album’s singles faring well. UMG Nashville recently released a new song called “Sugar” that was said to be from Nettles’ upcoming second solo record. No word on the status of that album. UMG Nashville still has the rights to all future Sugarland music Nettles and partner Kristian Bush may release.

All dates, venues and cities below subject to change. Tickets on sale September 4th at 10 am local time. 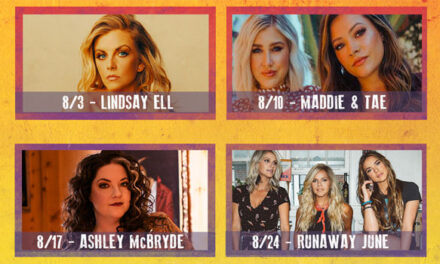