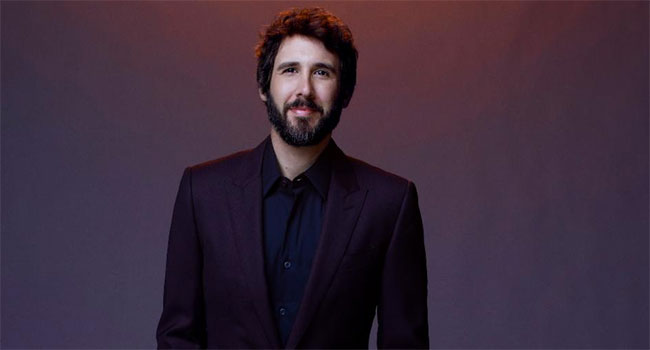 Refunds for tickets purchased through Ticketmaster and the Radio City Box Office may be requested through Tuesday, June 23rd. Please ensure you submit your information promptly. If you do not request a refund during the allotted time, your tickets will automatically be transferred to the rescheduled show date.

If you purchased your ticket from a third party (i.e., any source other than Ticketmaster or the Radio City Box Office), you must request a refund from that third party directly.

While currently unable to gather together in person, Groban has been connecting with fans from all over the world, online. Join Groban every other Thursday for Movie Night on YouTube.com/JoshGroban for one-time only screenings of Groban’s concert films, with Josh giving commentary, chatting with fans and answering questions throughout. The next two Movie Nights will take place on Thursday, May 28th at 8 pm ET with Live at the Greek, and Thursday, June 11th at 8pm ET with Josh Groban in Concert. Fans can also follow the hashtag #showersongs on Groban’s social media accounts to see special musical performances from Josh, filmed at home.

Stay tuned for more exciting news from Groban this week.