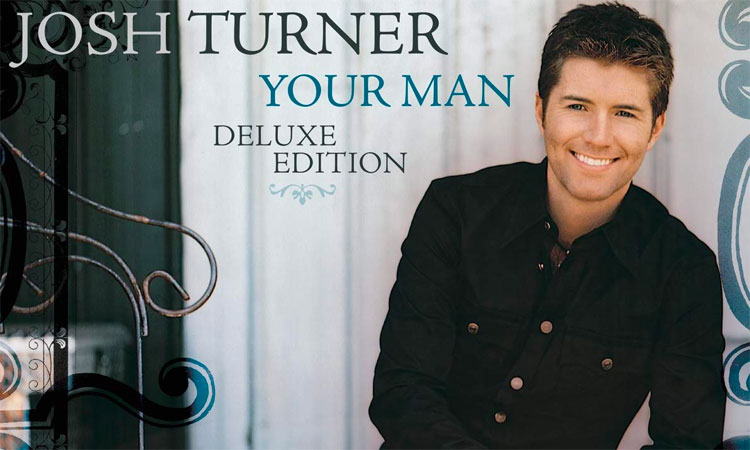 Multi-platinum-selling country star Josh Turner celebrates 15 years of Your Man with a special deluxe edition of the iconic album releasing June 25th via UMG Nashville. Leading into the deluxe release, Turner is hosting a virtual album release event at 7 pm CT on June 24th including performances of some of his most memorable hits from the album.

The Your Man Deluxe Edition features all 11 original tracks including collaborations with country icons John Anderson, Dr. Ralph Stanley, and Diamond Rio’s Marty Roe, Gene Johnson, and Dana Williams, plus live versions of the 3x platinum-selling title track “Your Man,” fan favorite and often celebrated “Me and God,” and multi-week No. 1 hit “Would You Go With Me.”

The 2x platinum-selling “Would You Go With Me” recently experienced a viral surge across TikTok leading to a jump in streaming which landed the classic country tune on Spotify’s US Viral 50 along with Spotify Viral charts in Sweden, Norway, Finland and Iceland. Posting more than 3.7M weekly streams, “Would You Go With Me” moved inside the Top 35 on the Country streaming chart and ranked HOT on Amazon Music’s Voice Index.

Limited edition packages, merchandise and autographed memorabilia are exclusively available at YourMan.JoshTurner.com. This deluxe edition also marks the first time the signature album has been pressed on vinyl which will be available exclusively at Walmart.