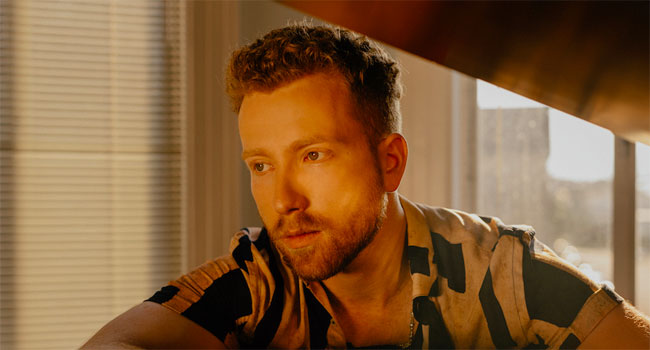 Critically acclaimed and rising singer-songwriter and musician JP Saxe releases a profound and emotionally stirring new track “A Little Bit Yours” via Arista Records. The song is accompanied by a visualizer, with an official video to follow on September 10th. The track was co-written with and produced by Ryan Marrone and Benjamin Rice.

The song arrives on the heels of Saxe’s VMAs debut alongside Julia Michaels in partnership with Extra Gum. The stripped-back performance, which Vulture praised as “gorgeous,” was dedicated to frontline workers and everyday heroes at home. Beloved by the artist community, global superstar Demi Lovato publicly praised Saxe for the performance, in addition to other artist call-outs on Saxe’s songwriting from Camila Cabello, Shawn Mendes, Alessia Cara, Sam Smith, Gwen Stefani, Lewis Capaldi and more. This week, Saxe landed the No. 1 position on Billboard’s Emerging Artists Chart.

“The song is the feeling right before the end of the tunnel, right before life got a different kind of beautiful than I ever could have anticipated. I learned a lot about myself writing it, both musically and emotionally,” Saxe shares of the track. “I’d never really sung like this before, which was scary. Lyrical vulnerability I’ve gotten used to, but vocal vulnerability is new. If I could only ever play you one more new song, this is the one I would pick.”