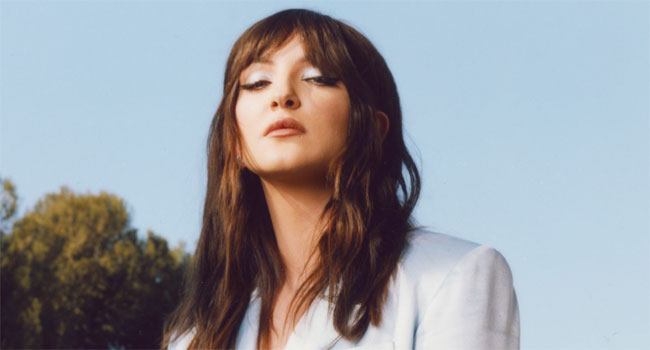 Song was co-written by JP Saxe

Last week, Grammy Award-nominated multi-platinum singer and songwriter Julia Michaels released her full-length debut album, Not In Chronological Order, to critical acclaim via Interscope Records. Now, she releases an emotional video for “Little Did I Know,” directed by Blythe Thomas and co-written by GRAMMY-nominated JP Saxe.

“Writing this song with the person I love helped me realize that I could write a beautiful song about love without deriving it from toxicity,” says Michaels. “Shooting the music video was incredibly vulnerable for me, because when I wrote the song, I associated it with a significant other. When I made the music video, however, director Blythe Thomas made a wall of mirrors, and it forced me to sing these words to myself. I don’t think I’ve ever been that kind to myself, and that scared me. All that emotion in that video is incredibly real. If this process has taught me anything, it’s that sometimes we’re not as kind to ourselves as we should be. I’m grateful to have experienced this moment, and I hope fans resonate with this song and video in a special way like I did.”

Presenting a full 360-degree perspective on the critically acclaimed songstress, the album examines every facet of her life emotionally and spiritually in a 10-song body of work that finds Michaels piecing together the chapters of her life in one place work.

To date, Michaels has notched 25 Billboard Hot 100 entries as a songwriter, including two No. 1’s for Justin Bieber’s “Sorry” and Selena Gomez’s “Lose You to Love Me,” in addition to four top 10 hits, including her debut single “Issues.” Of those 25, she has charted four Hot 100 entries as a recording artist including “Issues,” “I Miss You,” “Coming Home” and “If the World Was Ending,” for which she received her third Grammy Award nomination in the category of “Song Of The Year” with collaborator JP Saxe.