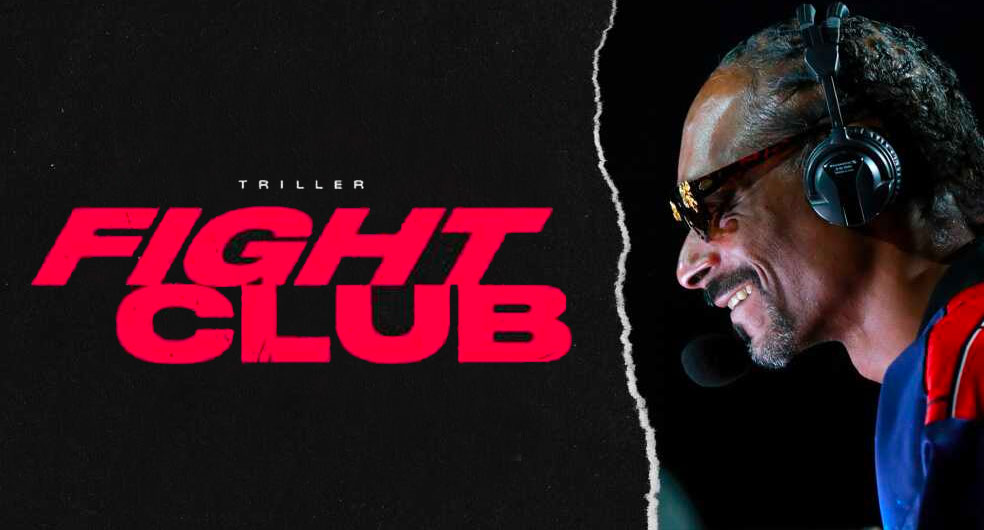 Triller Network has announced the music headliners its Triller 2021 Fight Club pay-per-view event on Saturday, April 17th. The lineup for the four-hour show will include performances by Justin Bieber, The Black Keys, Doja Cat, Saweetie, Diplo, Major Lazer, and the exclusive world premiere of the hip hop supergroup Mt. Westmore featuring Snoop Dogg, Ice Cube, Too $hort and E-40 performing together for the first time ever.

Emmy Award-winning filmmaker Bert Marcus will lead and direct the creative storytelling for the Triller Fight Club event. Triller Fight Club is a partnership between leading music and social media platform Triller and Snoop Dogg, and is spearheaded by visionary producer Ryan Kavanaugh.

“Triller has already begun to revolutionize the great American sport of boxing,” states Marcus, “I’m proud to be taking it to the next level and lead the direction of an unprecedented sporting event through the lens of music entertainment and unmatched behind-the-scenes access, particularly during this time when people haven’t had many chances to have share important cultural experiences. This incredible lineup of talent is proof that this ground-breaking new format is craved by fans and artists alike. This event will be unlike anything anyone has seen, think ‘Stranger Things’ meets Tarantino.”

The lead up to April 17th officially kicks off on Friday, March 19th with the world premiere of an original series exclusively on Triller and FITE. PRBLM CHILD is a raw, all-access look into the life of one of the world’s most polarizing and controversial personalities, YouTuber-turned-boxer Jake Paul, as he trains for his fight vs. Ben Askren. The series will include boxing legends Mike Tyson, Evander Holyfield, Ryan Garcia, Ben Askren, Jorge Masvidal and Snoop Dogg, among many more.

“This event is more like making a tentpole movie than a boxing match,” shares Ryan Kavanaugh. “By bringing in the creative genius Bert Marcus and pairing his unique story-telling vision with his unmatched shooting style, the Fight Club event is going shock and awe people. An all-star artist line-up with a boxing card that mixes pop culture phenoms, legends and rising stars; we are giving the world something that has never been seen or done before.”

“From The Black Keys to Justin Bieber, Diplo to Doja Cat, and a special segment by Snoop Dogg and the biggest legends in hip hop, we have the wide-ranging lineup that will help break records for this four-quadrant PPV event on April 17th,” says Bobby Sarnevesht, co-founder and co-owner of Triller Network. “Triller has drawn from all its resources in the music world to deliver as epic a music event as ever there was. One of the first rules of fight club is there are no tickets for sale to attend the event. We are maximizing the arena, cameras and lighting to bring the fight into everyone’s living room or mobile phone, so everyone who watches it will literally be immersed in the action, giving everyone a front-row seat. There only one exception: we will be giving away 100 tickets to attend. Details to come shortly for this once in a lifetime opportunity, so stay tuned.”

In addition to being a co-owner, Snoop also provides strategic counsel to Triller Fight Club, helping to select fighters and musical acts for the show-stopping events. An entertainment expert who has successfully maneuvered through a range of projects in a variety of different fields, Snoop secured his spot as a fan favorite during Triller’s first sporting event, Tyson vs. Jones.

FITE’s PPV platform will once again power the main hub of the event, TrillerFightClub.com. Fans worldwide can buy the digital event via FITE.tv, any of the FITE mobile/OTT/Smart TV platforms, or directly from the TrillerFightClub.com which features fight news, announcements, promotional videos and a digital portal to buy the event. The event will be $49.99 and also available across all major cable and satellite providers via iNDEMAND in the United States and Canada.

Snoop Dogg co-founded The Fight Club with Proxima late last year, following the global success of the Tyson vs. Jones event. In addition to be co-owner, Snoop will be the celebrity host and announcer of the events. His role will include helping select the fighters and musical acts, as well as advising the overall production of the series.