Country crooner Justin Moore has enlisted his fans to help unveil the album cover to his forthcoming third release, Off The Beaten Path, available September 17th on Valory Music Co. Details of the album were announced last month without the cover. Moore and his label asked fans on Wednesday (July 24th) to flock to social networks and use #OffTheBeatenPath in their posts to unveil the artwork on Moore’s website.

The unveiling began with a full page of camo that slowly withered away to reveal the album’s artwork.

And Thursday morning, the album cover was revealed.

Pre-order Off The Beaten Path on standard CD

On Thursday afternoon, Moore announced his second headlining tour, entitled The Off The Beaten Path Tour, in support of the album. Moore will truly take his fans on a unique journey beginning November 1st in Springfield, MO and continuing throughout the spring. The 57- city trek also stars Randy Houser and special guest Josh Thompson.

“I can’t express, in words, how excited I am about this tour,” he says. “The success of the Outlaws Like Me Tour gave us the opportunity to step it up a notch this time around. From the production to venue size to Randy and Josh, we’re taking it to another level. I consider Randy Houser and Josh Thompson to be two of my best friends in Nashville, and, I’ve said numerous times, I believe they are the two most talented singer/songwriters in our format. We are thrilled to welcome them to our second headlining tour and know that they will help us tremendously. As a fan, I can’t wait to watch them play … It’s gonna be a party every night!” 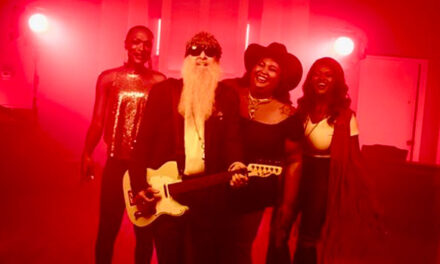