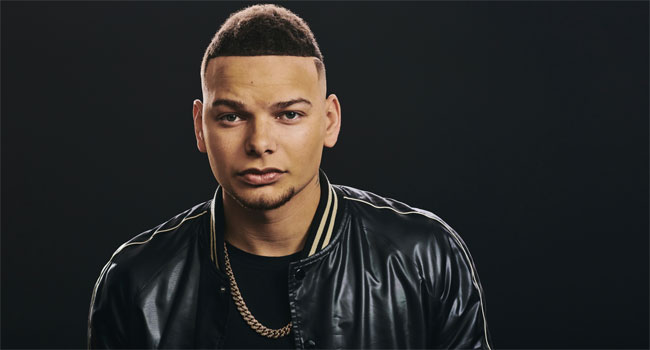 Global entertainer Kane Brown will perform at AT&T Stadium during the nationally televised halftime of the Dallas Cowboys game on FOX against the Washington Football Team on Thanksgiving Day. Brown made the announcement during a nationally televised interview with host James Corden on The Late Late Show on CBS. The performance is a Cowboys tradition, sounding the call for Americans to donate to the Red Kettle Campaign. The funds raised through the iconic Red Kettles are at risk this year due to COVID-19 and requests for help are at an all-time high, making this year’s Red Kettle Kickoff more important than ever in providing shelter and meals for the homeless and hungry, Christmas toys for children and social service programs to millions of people in need year-round.

“I’m thrilled to be a part of this year’s Dallas Cowboys halftime show honoring The Salvation Army’s Red Kettle Campaign,” Brown says. “There were times growing up when my family did not have enough to eat, or a roof over our head, and today, there are so many people in need. 2020 has been a hard year, but every small act of generosity helps. I am honored to have the opportunity to bring awareness to the ways people can help during this holiday season and beyond.”

“Kane Brown’s contagious energy and positive spirit are just what we need to put a spotlight on the campaign, especially during a time when so many people are struggling due to the pandemic,” states Charlotte Jones Anderson, executive vice president and chief brand officer for the Cowboys and former national advisory board chairperson for The Salvation Army. “Kane’s music has a way of inspiring hope, and we’re excited to have him on our national stage for an incredible halftime performance this year.”

For the first time in 130 years, The Salvation Army started its annual fundraising campaign early by announcing digital fundraising efforts in September to support the exponential need resulting from the pandemic – and with the forethought that in-person donations will be scarcer due to stay-at-home and social-distancing implications. The early call implores Americans to help “Rescue Christmas” for the millions who were already struggling or newly find themselves at risk of homelessness and hunger or simply being unable to provide toys for their kids this year.

The Red Kettle Campaign is the largest and longest-running fundraiser of its kind. It raised $126 million during the 2019 campaign and supported services to more than 23 million Americans. Early predictions indicate that the need resulting from COVID-19’s impact could be triple that figure this season and in the year ahead.

“We’re thankful for the Dallas Cowboys’ continued support for more than two decades,” adds Commissioner Kenneth G. Hodder, national commander of The Salvation Army USA. “It takes an army to protect those most vulnerable, and we’re inspired by the Cowboys’ continued devotion to doing so alongside us.”

Cited as “the future of country” (Billboard) and one of “31 People Changing the South” (Time), “Breakthrough Artist of the Year” Kane Brown continues to break records and defy boundaries. Brown kicked off 2020 by headlining the 20-year anniversary celebration show at Staples Center in Los Angeles, becoming only the 11th country artist to sell out a show in the world-renowned venue’s history. Brown first entered the scene with his self-titled 2X platinum debut album, which spent 13 weeks at No. 1, and made Brown the first artist to top all five of Billboard’s main country charts simultaneously, ever. His 6X platinum hits “Heaven” and “What Ifs” are respectively the third- and sixth-most-streamed country songs of all time (U.S. Nielsen Country On-Demand Streams chart) and he is one of only three artists, including Taylor Swift and Luke Bryan, with multiple six-time (or more) platinum country songs certified by the RIAA. Brown’s follow up album, Experiment, debuted No. 1 on the Billboard 200 all genre chart. Most recently, the four-time AMA winner achieved the best country EP debut of 2020 with Mixtape Vol. 1. The EP includes the critically-acclaimed single, “Worldwide Beautiful,” as well as his current singles “Be Like That” and “Worship You.”

From its humble beginnings in 1891 as a Salvation Army captain’s startup program in San Francisco, the Red Kettle Campaign has grown into one of the most recognizable and important charitable campaigns in the United States. It provides toys for kids, coats for the homeless, food for the hungry and countless social service programs year-round. Last year, more than 25,000 Salvation Army volunteers throughout the country rang bells and solicited donations to the Red Kettles.

Now more than ever, The Salvation Army is making it safer and simpler to donate in order to support the most vulnerable in our nation. The best way to ensure vital services continue throughout the year is to enlist in Love’s Army with a sustaining monthly gift of $25. To help ensure the safety of bell ringers, donors and partners, The Salvation Army has adopted nationally mandated safety protocols at Red Kettles. Donate digitally with Apple Pay or Google Pay at any Red Kettle across the country. Ask Amazon Alexa to donate by saying, “Alexa, donate to The Salvation Army,” then specifying the amount. Give any amount by texting “KETTLE” to 91999. Donate physical gifts in bulk. Adopt additional Angels to give hope and joy to kids and families in need through The Salvation Army’s Angel Tree program.

Every donation provides help and hope to those in need, and all gifts stay within the community in which they are given.