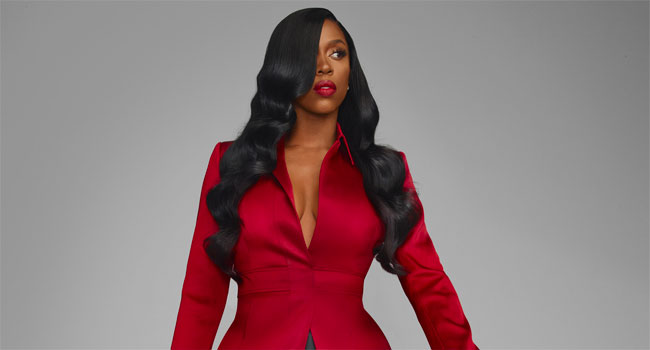 Over the last few years Kash Doll has been steadily building a name for herself, receiving continuous critical acclaim. Prior to the release of “Bossa Nova” she teamed up with DJ Infamous for “Bad Azz” feat. Mulatto & Benny The Butcher. Right out of the gate, it attracted widespread acclaim. In addition to plugs from Pitchfork and Brooklyn Vegan, UPROXX claimed, “Her comeback single shows she’s unafraid of the moment and knows just how to capture the public’s attention,” and REVOLT christened her “one of the most consistent emcees in the game today.”

What’s more, she has received support from outlets like Vulture, Marie Claire, and Essence who said, “If there’s one rapper who can teach us a thing or two about remaining confident, it’s Kash Doll.” Kash Doll also recently guested on “Friday Night Cypher” from Big Sean’s chart-dominating Detroit 2 and joined forces with HoodCelebrityy for “So Pretty.”

All this followed the release of her debut album Stacked in 2019, for which she received a 2019 BET Award nomination for “Best Female Hip-Hop Artist.” That year, she also toured the country with Meek Mill, and received praise for her album from Billboard, MTV, UPROXX, BET, Forbes, Nylon and more.

Next up, Kash Doll will star in 50 Cent’s new series Black Mafia Family set to premiere on Starz later this year. With her music, film and business empire on the rise 2021 is undoubtedly the year of Kash Doll. Stay tuned for updates.