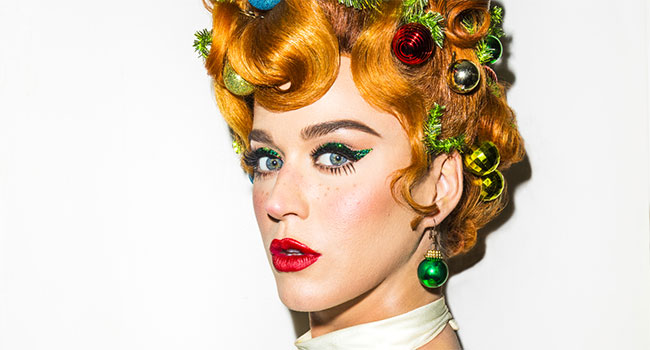 Song is available on all DSPs

Katy Perry has shared her first music video for the holidays – “Cozy Little Christmas.” The clip was helmed by directing duo WATTS, aka Steve Aoki and Noah Cyrus. The song is now available at all DSPs after being released last year as an Amazon Original. “Cozy Little Christmas” claimed the No. 1 spot on Billboard’s Adult Contemporary radio airplay chart in December 2018.

On “Cozy Little Christmas,” Perry sings about her favorite time of year, reflecting on a holiday season spent with family in Denmark. She co-wrote and co-produced the track with Greg Wells, who produced “Waking Up In Vegas,” and Ferras Alqaisi, who co-wrote several songs on Witness.

People said, “Bust out the mistletoe and pour a cup of eggnog – now that Katy Perry has released a Christmas ditty, the holiday season has officially begun.” MTV noted, “this festive little tune will be a crowd-pleaser all around.” Idolator observed, “the perky bop is as irreverent and fun as you would expect…It also boasts the kind of sing-along chorus that gets stuck in your head from the first listen.”

Over the past six months, Perry has released a trio of new songs – “Harleys in Hawaii,” “Small Talk,” and the gold-certified hit “Never Really Over.” Billboard declared, “the Katy Perry Renaissance…is here, undeniably and spectacularly…Perry is making her most exciting music in years, and within the span of a few months, she has completely shifted expectations for her next project among pop junkies.”

“Never Really Over,” which marked her first new solo music since 2017, was the biggest streaming launch of Perry’s career and has been certified gold. Views of the accompanying video have surpassed 80 million.

Earlier this summer, Perry was awarded a plaque commemorating 100 million RIAA song certifications. She is one of only five artists in history to have topped 100 million certified units with their digital singles – and the first-ever Capitol Records recording artist to join the elite RIAA 100 Million Certified Songs club.