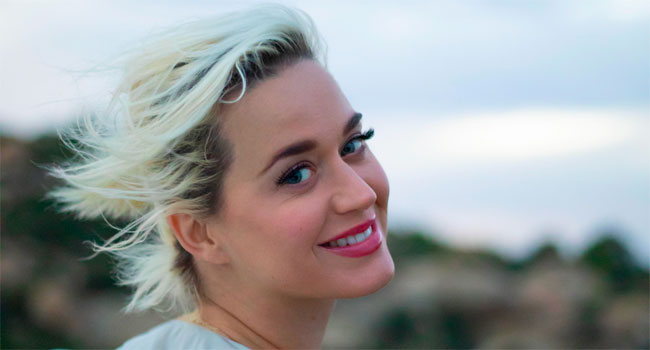 Katy Perry has released her new single, “Daisies,” an exhilarating celebration of the resilience of the human spirit in the face of cynicism and adversity. The anthemic song is a call to remain true to the course you’ve set for yourself, regardless of what others may think.

“Daisies” is from KP5, as fans refer to Perry’s as-yet-untitled fifth studio album, which will be released on August 14th by Capitol Records. Fans can pre-order “Daisies”-themed bundles at her website. They can also visit Perry’s digital flower shop, Katy’s Daisies, where they can send virtual bouquets and messages to friends and loved ones. “Daisies” was produced by The Monsters & Strangerz (Zedd, Halsey, Maroon 5). Perry wrote the song with Jon Bellion, Jacob Kasher Hindlin, Michael Pollack and The Monsters’ Jordan K. Johnson and Stefan Johnson.

On Friday, May 15th, Perry will perform live from home, and answer fan-submitted questions for Amazon Music’s live performance series on Amazon.com. Kicking off at 10 am PT, Perry will perform some fan-favorite tracks and her new song, “Daisies,” for the first time ever live. Perry is joining Amazon Music to bring awareness to the MusiCares COVID-19 Relief Fund. Using cutting edge technology, Perry will also perform “Daisies” on the American Idol season finale this Sunday, May 17th.