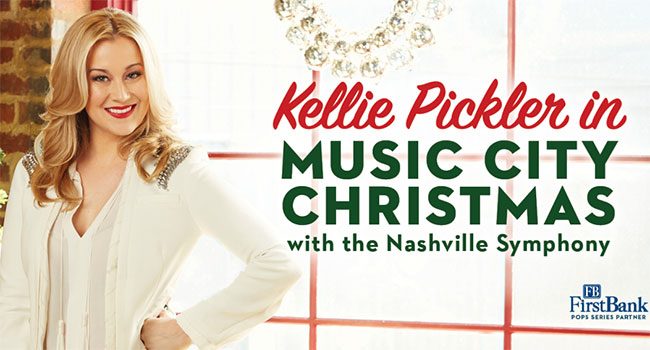 Country singer/songwriter and actress Kellie Pickler, a household name known for her gold-certified debut album Small Town Girl, her Platinum-certified single “Best Days of Your Life” and five Emmy nominations for Pickler & Ben, will launch into the holidays with a series of performances and appearances, beginning with the release of her tribute track to the beloved Mister Rogers.

Pickler also stars in The Mistletoe Secret alongside Tyler Hynes and Patrick Duffy, the follow-up to her first two Hallmark Channel Original Movies: her film debut Christmas at Graceland, which premiered as Hallmark’s Most Watched Movie of 2018 and garnered the sequel, Wedding at Graceland. Her latest film will premiere on Hallmark Channel on Sunday, November 10th at 7 pm CT.

An avid participant in USO Tours and known for her continuous support of the U.S. Armed Forces, Pickler will also appear on the Emmy-winning television special American Valor: A Salute to Our Heroes to perform the U.S. National Anthem and serve as a presenter. Taping in Washington, D.C. on Saturday, October 26th and airing on Veterans Day, Monday, November 11th, the special will be nationally syndicated on ABC, CBS, NBC and FOX while also broadcasting to U.S. troops overseas on the American Forces Network.

Pickler will then bring holiday cheer to Nashville as she headlines the three-night event Music City Christmas with the Nashville Symphony, conducted by Enrico Lopez-Yañez at Schermerhorn Symphony Center, December 5-7th.