Grammy Award winner and multi-platinum recording artist Kelly Clarkson is set to release her first Christmas album, Wrapped in Red on October 29th. The album will feature brand new instant classics such as the first single, “Underneath The Tree,” and title track, “Wrapped In Red” as well as Christmas favorites, “Have Yourself A Merry Little Christmas”, “Blue Christmas”, “Run Run Rudolph,” “Please Come Home For Christmas” and many more. The full track listing will be announced soon.

The album’s first single, “Underneath The Tree,” was written by Clarkson and hit songwriter/producer Greg Kurstin as well as produced by Kurstin. Clarkson enlisted Kurstin who was one of her partner’s on the Grammy Award winning album Stronger. Together, Clarkson and Kurstin bring a fresh, contemporary sound to this new holiday music ensuring the songs are big hits and evergreen holiday favorites.

“I’m super excited to put out my first Christmas record,” Clarkson states of the project. “I absolutely love Christmas music and have had a total blast recording and writing for it. I can’t wait for y’all to hear it.”

Clarkson has dabbled in country music lately with the release of her latest single, “Tie It Up,” that she featured on CMA Music Fest: Country’s Night To Rock on ABC a week ago. Country crooner Ronnie Dunn has stated on his Facebook page that he will be appearing on the album, and Clarkson tweeted this picture that confirmed a collaboration with Reba McEntire and Trisha Yearwood that will also appear on the record.

Clarkson recently kicked off the Honda Civic Tour with Maroon 5 on August 1st in St. Louis, MO. The tour will end on October 6th in Los Angeles, CA at the Hollywood Bowl. 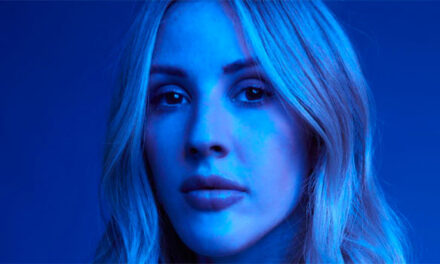