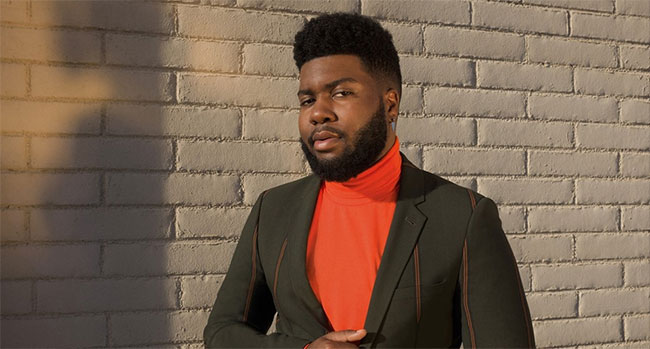 Global superstar Khalid has announced that on September 1st he will headline a benefit concert along with special guests at the Don Haskins Center in El Paso, TX. In support of his hometown of El Paso and in response to the tragic mass shooting on August 3rd, Khalid will be raising funds through this concert to support the El Paso Shooting Victims’ Fund and the El Paso Community Foundation.

Tickets for the concert will go on sale beginning this Wednesday, August 14th at 10 am local time at LiveNation.com. This event is presented by The Great Khalid Foundation and manager Courtney Stewart’s Right Hand Foundation, and produced by Live Nation.

“I have been rocked to the core by the horrific act of gun violence that came to El Paso, and by the continued acts of senseless violence that our country faces daily,” Khalid states. “I want to give back to my community of El Paso, the city of the 915, who has given so much to me. Please come out and let’s heal together through music while raising money to help those who need it.”

“Khalid’s generous offer to put on a benefit concert is a touching example of the spirit of caring and kindness that typifies El Paso,” states Says Dr. Heather Wilson, The University of Texas at El Paso Incoming President. “We will come together to help and to heal. I invite you to join us at the concert to honor and support the victims and their families.”

In addition to attending the concert, donations for this cause can only be made directly through thegreatkhalidfoundation.org or by purchasing one of the commemorative shirts.