‘Kurt Cobain: Montage Of Heck’ documentary to debut on HBO on May 4th

Kurt Cobain, legendary lead singer, guitarist and songwriter of Nirvana, “the flagship band of Generation X,” remains an object of reverence and fascination for music fans around the world. His story is told for the first time in Kurt Cobain: Montage Of Heck, a fully authorized feature documentary co-produced by HBO Documentary Films and Universal Pictures International Entertainment Content Group, debuting Monday, May 4th from 9-11:15 p.m. ET/PT.

Brett Morgen, the Oscar-nominated filmmaker behind such acclaimed documentaries as the HBO presentations “Crossfire Hurricane, which celebrated the 50th anniversary of the Rolling Stones, and “The Kid Stays in the Picture,” is writer, director and producer of Kurt Cobain: Montage Of Heck. Visual artist Frances Bean Cobain, Cobain’s daughter, is executive producer.

Kurt Cobain: Montage Of Heck explores the indelible record of a life lived on the fine edge between madness and genius, painting a searing and unforgettable portrait of the iconic musician as it mirrors his quicksilver mind. Using Cobain’s own words and images, this intimate look at an elusive and conflicted artist marks the first documentary to be made with the cooperation of his family.

Morgen weaves together moving first-person testimony from Cobain’s mother and sister; his widow, Courtney Love; former girlfriend Tracy Marander; ex-bandmate Krist Novoselic and others with Cobain’s own words, providing an unflinching tribute to a contentious and contradictory talent, who is still revered by millions around the world 20 years after his tragic death.

Given unprecedented access to Cobain’s personal and family archives by the late rocker’s estate, Morgen uncovered a wealth of new material that documents the emotional rollercoaster of his personal life and celebrates his uncompromising creative spirit, including the inspiration for the film’s title, a circa-1988 “sound collage” he titled “Montage of Heck.” Recorded by Cobain on a four-track cassette recorder, it’s a free-form mash-up of song bites, manipulated radio recordings, elements of demos and disparate sounds created or recorded by Cobain.

Using Cobain’s artwork, photography, journals and family photographs as inspiration, the filmmakers have produced original animation to illustrate important moments in his life. Also featured are dozens of Nirvana songs and performances, as well as previously unheard Cobain originals.

“I’m extremely grateful to Courtney Love and Frances Bean Cobain for granting me unfettered access to Kurt’s possessions,” says Morgen. “There were over 200 hours of unreleased music and audio, a vast array of art projects, countless hours of home movies and over 4,000 pages of writings, which together provided a new perspective on an influential and prolific artist who rarely revealed himself to the media.

In 1991, Seattle-based rockers Nirvana released their breakout hit, “Smells Like Teen Spirit,” taking the music world by storm with a sound that came to represent the youth of the decade. Kurt Cobain became one of the dominant voices of the era, producing songs that were an unlikely combination of nihilism and jubilation. In April 1994, Nirvana fans around the world were devastated by the news of Cobain’s suicide at age 27.

“There were over 200 hours of unreleased music and audio.”

Eight years in the making, Kurt Cobain: Montage Of Heck chronicles the life of the legendary musician through a lifetime’s worth of work. As a child in rural Aberdeen, Wash., Cobain was clearly gifted, as well as hypersensitive, hyperactive and relentlessly perfectionistic. With seemingly boundless creative drive, he began writing, drawing and making music at an early age.

Idealized by his mother and belittled by his father, Cobain discovered punk rock as a troubled teen. “A friend of mine…made me a couple of compilation tapes,” he remembers in an audiotaped interview. “I was completely blown away. They expressed the way I felt socially and politically. It was the anger that I felt, the alienation. And I realized that this is what I’ve always wanted to do.”

Cobain dropped out of high school shortly before graduation and worked as a janitor while trying to find an outlet for his artistic energy and emotional turmoil. “He was searching for whatever made him feel like he wasn’t alone and that he wasn’t so different,” remembers his sister, Kim Cobain.

By the time Cobain, bass player Krist Novoselic and drummer Dave Grohl were leading the northwest rock circuit, the seeds of his destruction had already taken root. Long prone to depression, Cobain began experimenting with heroin and was soon addicted. As his fame grew, so did his appetite for drugs and his self-destructive behavior.

“It’s a superficial label to put on a band that they’re going to become the next big thing without us really wanting to do it,” Cobain told a reporter at the time. “We’re prepared to destroy our careers if that happens.”

Cobain’s marriage to controversial fellow musician Courtney Love followed. Coming from a broken home and blended family, Cobain’s lifelong dream was to create the family he felt he missed out on throughout his difficult childhood. The pair made an attempt at domesticity after the birth of their only child, Frances Bean, but drama followed them everywhere they went.

Throughout his life, Cobain continued creating almost compulsively, producing work both poetic and disturbing, often manifestations of his violent dreams and fantasies. He was, in his mother’s words, on a collision course with the world.

“You see his art,” says Novoselic. “A lot of those messages are as plain as day.”

Finally, tormented by his addiction, his inexplicable but excruciating physical ailments and his own unquiet mind, Cobain was unable to escape the troubles that had haunted him since childhood, and took his own life. 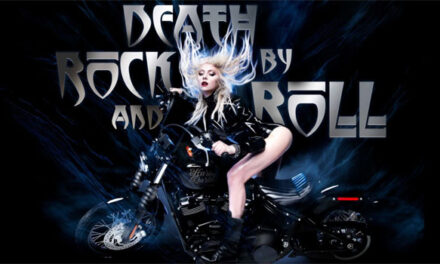 The Pretty Reckless drop ‘Death By Rock and Roll’ 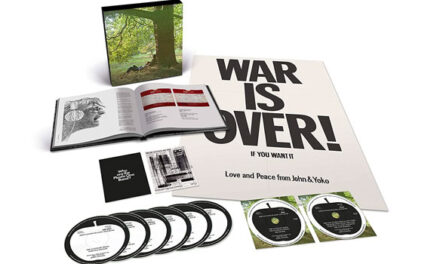