Lady Gaga, Nick Jonas and Shawn Mendes have joined the roster of superstar performers for the 2017 American Music Awards. Live from her Joanne World Tour stop in Washington D.C. at Capital One Arena, during this year’s awards show, Gaga will take the stage for a rendition of her Billboard Hot 100 synth-pop single on the healing effects of love, “The Cure.” Nick Jonas will perform his romantic pop single “Find You,” which has hit Billboard’s pop airplay and sales charts. Shawn Mendes will rock the crowd with his Top 40 radio No. 1 single “There’s Nothing Holdin’ Me Back” from his second studio album Illuminate, which hit No. 1 on the Billboard 200 albums chart. The 2017 American Music Awards, the world’s largest fan-voted awards show where music enthusiasts watch their favorite artists and pop culture icons come together to honor idols, newcomers and record-breakers in the contemporary music scene, will celebrate 45 years of music live from the Microsoft Theater in Los Angeles on Sunday, November 19th at 8 pm ET on ABC. Tracee Ellis Ross, star of the hit ABC comedy series black-ish, will host the show.

As previously announced, music legend, Diana Ross (Ellis’ mother), will take the stage for a rare performance at the “2017 American Music Awards” and will be honored with the “American Music Award for Lifetime Achievement.” Christina Aguilera will pay tribute to Whitney Houston and music from The Bodyguard with a performance in honor of the film’s 25th anniversary, which falls on the same week as the awards ceremony. Additionally, multi-platinum pop superstar, Selena Gomez, will treat fans to the world television premiere of her brand new single “Wolves.” P!nk will perform a one-of-a-kind musical experience with a show-stopping rendition of the title track from her most recent album Beautiful Trauma, which debuted at No. 1 on the Billboard 200 chart in October and marked a career high for first week sales. Also, superstar collaborations have been detailed.

American Music Awards nominees are based on key fan interactions as reflected in Billboard Magazine and on Billboard.com, including album and digital song sales, radio airplay, streaming, social activity and touring. These measurements are tracked by Billboard and its data partners, including Nielsen Music and Next Big Sound. The eligibility period for the 2017 American Music Awards was September 9, 2016 to September 14, 2017. 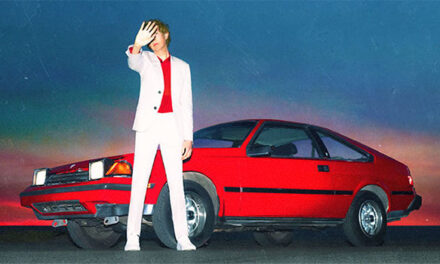