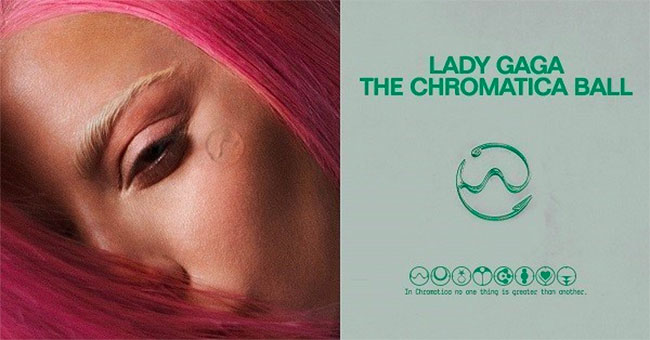 Trek kicks off one year later

Lady Gaga has rescheduled her 2020 The Chromatica Ball Tour to 2021 due to COVID-19. The pop superstar shared the announcement over the weekend while revealing the new dates for the six city trek.

“The Chromatica Ball is officially moving to Summer 2021!” she shares. “We’ve been working hard to figure out the safest and soonest way to bring this show to you, but most importantly want everyone to be healthy and able to dance together at the shows as we always have. If you’ve purchased a ticket already, you’ll find all of the new information in your email inbox. I can’t wait to see you there! Keep dancing at home in the meantime.”

The highly-anticipated shows kick off a year later than expected on July 25, 2021 in Paris. It moves London on July 30th. Four dates are scheduled for North American audiences starting August 7th at Boston’s Fenway Park; August 16th in Toronto; August 19th in East Rutherford, NJ; and closes August 27th at Chicago’s Wrigley Field. The tour is presented by Live Nation.

For all shows in the U.S., $1 from each ticket sold shall be donated to Born This Way Foundation. Founded by Lady Gaga and her mother Cynthia Germanotta in 2012, Born This Way Foundation is committed to supporting the wellness of young people and working with them to build a kinder and braver world. We work with young people to build communities that provide approachable resources, foster genuine connections and drive action.

The sing released Chromatica on May 29th, after being delayed from an April 10th release due to COVID-19. The 16 track album is available in a variety of configurations and includes the newly released “Rain On Me” with Ariana Grande and debut single “Stupid Love.” Elton John and Blackpink also make special appearances on Chromatica.