Motorhead founder, frontman, bassist and singer Lemmy Kilmister has died at the age of 70. The band posted the message late Monday (Dec 28th) night claiming the singer had just found out about an aggressive form of cancer two days prior.

“There is no easy way to say this…our mighty, noble friend Lemmy passed away today after a short battle with an extremely aggressive cancer,” the band writes on Facebook. “He had learnt of the disease on December 26th, and was at home, sitting in front of his favorite video game from The Rainbow which had recently made it’s way down the street, with his family.

“We cannot begin to express our shock and sadness, there aren’t words.

“Have a drink or few.

“Celebrate the LIFE this lovely, wonderful man celebrated so vibrantly himself.

“HE WOULD WANT EXACTLY THAT.

Motorhead had been forced to cancel numerous shows over the past couple of years because of Kilmister’s ill health including European shows dating Fall 2013 and Spring 2014.

Of course, rockers and other musicians have taken to social media to express their condolences on this shocking news!

Today we lost a legend. RIP Lemmy. God himself. Rather than mourn his death, let's celebrate his life upstairs by… https://t.co/Ofnp5EL2CO

RIP, Lemmy. You are one of the coolest rock stars ever & will remain a legend forever.

Sent to me by Rob Halford to share with all. More soon. RIP Lemmy. You will be missed! pic.twitter.com/1DylChG3Qu

Saw a Motörhead car smash at Tower Records in '83. They were the link between the metal and punk crowds. RIP Lemmy! https://t.co/TbIqXSf5RB

"You win some, you lose some, It’s all the same to me…..” RIP Lemmy. MOTORHEAD

A sad day. Thanks for the songs and memories. We lost an original today. RIP Lemmy Kilmister. 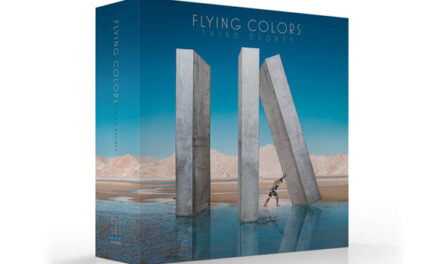 Jane’s Addiction, Empire Of The Sun to headline 2014 SSMF