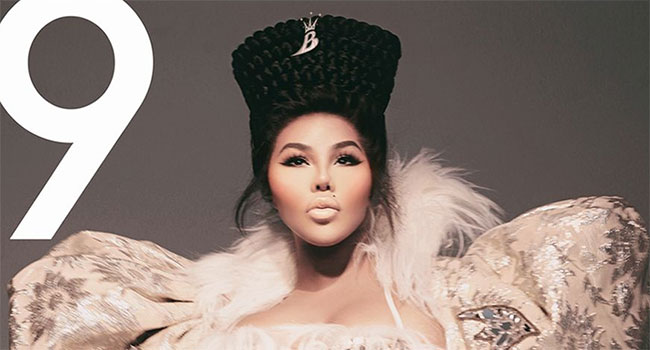 The original Queen Bee Lil’ Kim announces the release of her highly-anticipated new studio album, 9, next Friday, October 11th. Fans can pre-order the album beginning and receive the new track “Pray For Me,” feat. Rick Ross and Musiq Soulchild, plus recently released tracks “Found You,” and “Go Awff.”

“I’m so proud of this album and I thank my fans for their continued support,” Kim says of the project. “Let’s keep this party going!”

In addition, BET Networks announced that Lil’ Kim will receive the prestigious “I Am Hip Hop” Award at the 2019 BET Hip Hop Awards. Lil’ Kim is a trailblazer whose presence impacted music, pop culture, and fashion with her daring lyrics, iconic fashion and unapologetic style that continues to captivate the whole world. The 2019 BET Hip Hop Awards will premiere on Tuesday, October 8th at 8 pm ET/PT.

Last week, Kim released the infectious single “Found You.” Kim gets you right and tight to have your booties rocking everywhere with this Jonny Cash-produced beat. Doubling up on this twerk-worthy banger is City Girls’ “Yung Miami and O.T. Genasis with a dope amount of sexual flare.