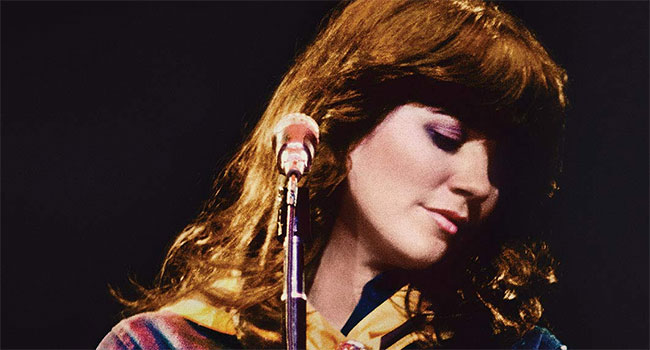 Film premiered in theaters in Sept

Greenwich Entertainment and 1091 have announced the Blu-ray and DVD release of Linda Ronstadt: The Sound of My Voice for December 10th. The companies released the film in theaters in September after acquiring distribution rights earlier this year.

The documentary is directed by Academy Award-Winning filmmakers Rob Epstein and Jeffrey Friedman and produced by James Keach and Michele Farinola and CNN Films. The film was co-financed by PCH FILMS and CNN Films, which also has North American broadcast rights.

Linda Ronstadt has been an icon for more than 50 years. Her extraordinary vocal range and ambition created unforgettable songs across rock, pop, country, folk ballads, American standards, classic Mexican music and soul. As the most popular female recording artist of the 1970’s, Ronstadt filled huge arenas like no one had ever done and produced an astounding eleven platinum albums. Ronstadt was the first artist to top the Pop, Country, and R&B charts simultaneously, she won ten Grammy Awards on 26 nominations and attained a level of stardom the Tucson native never could have fathomed.

In Linda Ronstadt: The Sound of My Voice, Ronstadt is our guide through her early years of singing Mexican canciones with her family; her folk days with the Stone Poneys; and her reign as the “rock queen” of the 70’s and early 80’s. She was a pioneer for women in the male-dominated music industry; an early advocate for human rights, and had a high-profile romance with California governor Jerry Brown. Ultimately, her incredible voice was lost to Parkinson’s disease, but her music and influence remain as timeless as ever. With moving performance footage and appearances by collaborators including Dolly Parton, Emmylou Harris, Bonnie Raitt and Jackson Browne, Linda Ronstadt: The Sound of My Voice celebrates an artist whose desire to share the music she loved made generations of fans fall in love with her — and the sound of her voice.