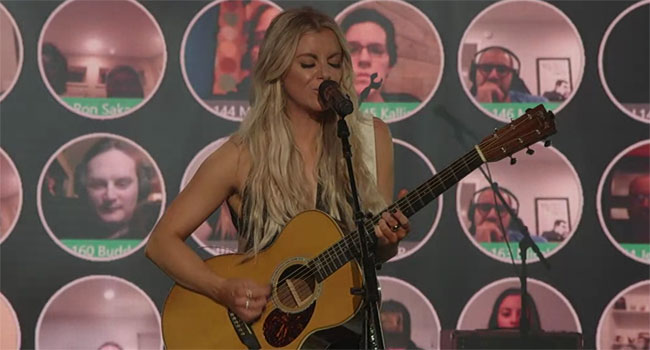 A year ago, no one ever dreamed they’d be watching their favorite musicians performing live while at home. As COVID grew into a worldwide pandemic and forced everyone off the road by mid-March, artists began getting creative by hosting livestreaming concerts and live events on social media.

As 2021 moved into its second month, festivals such as C2C, Coachella and Stagecoach have been canceled for a second straight year and some concerts postponed again, many wonder when shows will resume in person. Since that’s left to be determined by science and a vaccine that’s not widely available yet, musicians, crews and their teams continue to be out of work as concertgoers become eager to attend in person shows again.

Country singer Lindsay Ell has teamed with Fireplay, VYE and PRG to help with concert withdrawals as they present an immersive livestream concert experience like no other that uses Virtual Crowd technology to give the audience a chance to enjoy and interact from the safety and comfort of their home. The show, which streams live on Friday (Feb 12th), features Ell performing songs from her critically-acclaimed sophomore album Heart Theory for the first time ever in a #LiveRedesigned concert experience with special guest appearances by Lauren Alaina and Carly Pearce.

I had a chance to attend the invite-only dress rehearsal (sans Alaina and Pearce) on Thursday (Feb 11th) night and I was impressed by the set up and effects. The elevated experience allows Ell to see and hear the virtual audience as she and her band perform from a soundstage in Nashville. The production quality of the show features a cinematic concert experience one would expect to see in an arena, but with immersive technology that submerges the virtual audience into the show, making this a must-see event!

Fans are asked to keep their cameras on and microphones unmuted so Ell can interact with them throughout the performance. Midway through the show, Ell stepped in front of the stage where she chatted with a couple of audience members, so be prepared as that could happen to you. (It’s best to grab some headphones to avoid any unwanted audio feedback.)

The show puts roughly 200 crew members back to work after a year of being unemployed. All net proceeds will be donated to Live Nation’s Crew Nation Global Relief Fund, The Roadie Clinic and Music Health Alliance. Ell’s band and onsite crew will be paid, but all companies involved have donated their time and equipment, while Ell, her creatives and management are donating their time and services.

Tickets are based on a pay-what-you-can model that starts at $7 per household. The stream will be available on demand through Valentine’s Day. The show will also air live on SiriusXM’s The Highway on Friday at 8 pm CT.

Donations will also be accepted throughout the event. 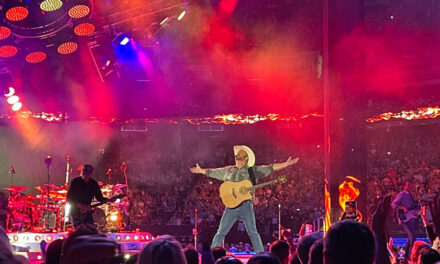