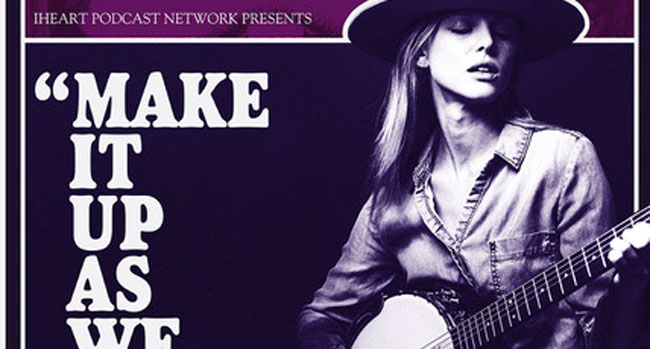 Sony Music Nashville, in conjunction with Audio Up Media, has released “Workin’ Out” by critically-acclaimed country music artist/songwriter, Lindsay Ell. The song is the first track to be released from Make It Up As We Go, the upcoming, highly-anticipated scripted podcast musical co-produced by Audio Up and iHeartMedia. Premiering with two episodes on Thursday, October 8th, Make It Up As We Go is exclusively presented by Unilever’s Knorr and Magnum brands and will be available on iHeartRadio and everywhere else podcasts are heard. “Workin’ Out” was co-written by singer/songwriter, series star and director, Scarlett Burke; Audio Up founder and track producer, Jared Gutstadt; co-producer Jeff Peters; and Grammy-nominated songwriter and producer, Nicolle Galyon.

Created by Gutstadt and Burke, Make It Up As We Go is the story of an aspiring young singer-songwriter who pursues a career in the music industry and navigates the legendary writers rooms of Nashville’s country music publishers. The podcast is written by David Hudgins (Friday Night Lights, Parenthood and Game of Silence) and Brooks Hudgins. Make It Up As We Go’s high profile cast also includes Billy Bob Thornton, Craig Robinson, Bre Blair, Rob Mayes, and Michael Raymond-James. Bobby Bones, Lindsay Ell, and executive producer Miranda Lambert will make appearances as themselves.