With Chicago hosting the NFL Draft for the first time later this month, ESPN’s production music during the three-day telecast (April 30th-May 2nd) will have an appropriate Windy City theme – with a twist. “Move On Up,” the soul classic from legendary Chicago artist Curtis Mayfield, will be the soundtrack for ESPN’s draft coverage, and Lion Babe, the soul and R&B duo of singer Jillian Hervey and producer Lucas Goodman, will cover it.

Hervey, the daughter of singer/actress Vanessa Williams, and Goodman debuted with the single “Treat Me Like Fire” in 2012 and are poised for a breakout year in 2015 with a unique sound that blends soul, R&B, pop and electronica. Their first EP from Interscope Records hit in December, featuring “Jump Hi” (with Childish Gambino) and “Jungle Lady.” On May 3rd, Lion Babe will release its brand new single “Wonder Woman,” produced by Grammy Award-winning Pharrell Williams, via Outsiders Recorded Music and Interscope Records.

“Chicago has such a great music tradition and since the draft is here for the first time, we really wanted to use the song of a legendary artist from this city,” said Kevin Wilson, ESPN Music Director. “Curtis was a perfect fit and his Move On Up has such an iconic sound and the idea of ‘moving on up’ fits this event in so many ways as these players go from college to the NFL, and then ‘moving on up’ in rounds and picks.”

“Curtis was a perfect fit and his Move On Up has such an iconic sound.”

“We fell in love with Lion Babe’s sound and felt they would bring a really good perspective to this legendary song. We’re very pleased with the result and we think fans who watch ESPN’s draft coverage will like it too,” Wilson adds.

ESPN conducted a shoot with Lion Babe on April 12th on the Chicago subway system and at the Lincoln Park Zoo. Production elements began airing this week in addition to being used on the draft telecast.

“We are thrilled to be part of such an exciting moment of the year for sports and for ESPN,” Lion Babe adds. “Although we are artists-musicians, like the draftees, we are just beginning to emerge into the world at large in our careers, so the connection to the project felt strong from the start. ‘Move on Up’ by Curtis Mayfield was an honor to work on and recreate since the message of the song resonates with us strongly. We are blessed to have the opportunity to pay tribute to such an incredible artist and city that are both full of history, soul and originality – all crucial elements of what Lion Babe stands for.” 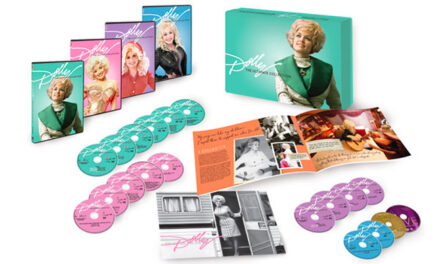