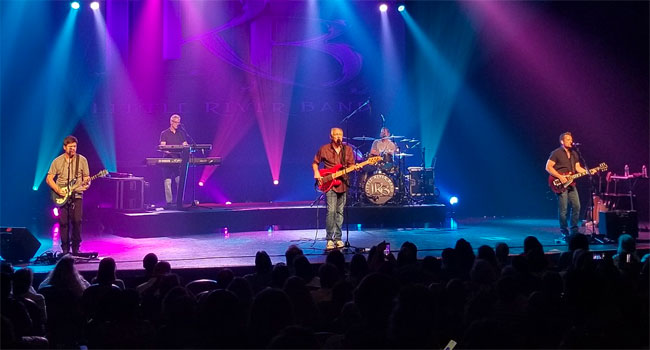 Lyrics tell the story of a young Enlistee

Little River Band will release “The Lost and The Lonely” via Time Life, just prior to Veteran’s Day, a new single that honors the men and women across the military. Available on all major streaming platforms on October 30th via Time Life, this powerful song illustrates the depth and emotions of that initial choice to join the military. It was recorded with the Craig Turley Rock Symphony and is the first track to be released from Little River Band’s forthcoming album, Black Tie, due on November 13th.

“’The Lost and The Lonely’ spells out the conversation between a young person with his parents as he or she explains why they’ve chosen to put on a uniform, hoping to make a difference for the lost and lonely of the world,” explains Wayne Nelson, lead vocalist for Little River Band. “That decision affects a wide range of people – family and friends. It deserves to be honored. But the song is not an endorsement of war…it’s meant to praise those who put their lives on the line for freedom.”

On Black Tie, Little River Band perform their greatest hits with an orchestra (arranged by keyboardist Chris Marion), recorded during a series of concerts featuring the Craig Turley Rock Symphony (with violinist Andrea Zonn). The album includes two songs, “The Lost and the Lonely” and “I’m An Island,” originally released by Frontier Records on Cuts Like a Diamond. Black Tie includes LRB’s signature hits such as “The Night Owls,” “Take It Easy on Me,” “Lady,” “Cool Change,” “Help Is On Its Way” and “Reminiscing.”

Little River Band have amassed worldwide album and CD sales of over 30 million and are the first band to have Top 10 hits in six consecutive years. Bassist/vocalist Wayne Nelson joined LRB in 1980 and worked alongside founding members with some of the most distinctive harmonies and vocal abilities in pop music, creating the unique LRB sound. To date, Nelson’s vocal and bass guitar talents are included on 23 Little River Band albums. The band continues to record and tour throughout the world and hosts a fan club with global memberships.