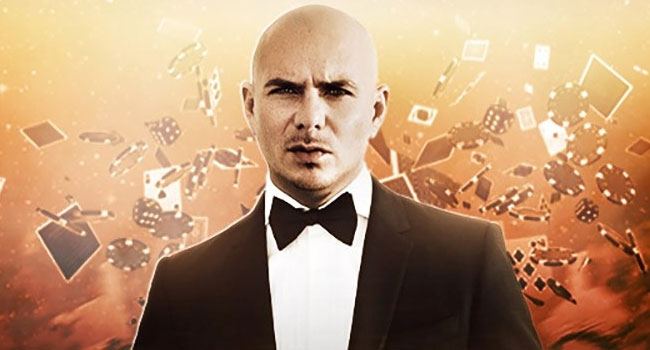 Iconic Latin music sensation Pitbull performed the final show of his four year Time of Our Lives residency at the Zappos Theatre (formerly the AXIS Theatre) inside Planet Hollywood, Las Vegas on Friday, May 25th.

Having seen Pitbull before joining TMU’s crack team of concertgoers, I sort of knew what to expect. But I’ll be honest, I was hoping for something a bit more experimental in style than his the roadshow. I wanted to see a show that leaned into Pitbull’s biggest collaborations in a way not possible on tour. Sadly, this residency was virtually the same show I saw on the road three years ago.

Why am I disappointed? Because Zappos Theatre at Planet Hollywood — like the Colosseum at Caesars Palace or the Park Theatre at Park MGM — is a state-of-the-art concert venue uniquely built to accommodate the spectacle and production anticipated of a Vegas show.

People come to Las Vegas expecting to see a performance they cannot see anywhere else in the world. To plop a touring show down in a Vegas house and just slap an exclusive name on it is an affront to the people who travel miles to experience something special in a resort destination. (Cher, from what I’ve seen of it, I’m looking at you, too.)

With Pitbull specifically, he has another challenge to overcome: He’s…not really the main artist on a lot of his hits. “(Feat. Pitbull)” became a meme in the early days of social media, the joke being that good music was “crashed” by this Miami native.

Now, I disagree with the spirit of that meme. Pitbull earned his place in the music business, and those collaborations were borne out of real relationships. I will never begrudge that. But it is really hard to make those songs compelling in a live environment when you’re the second banana on the recordings.

Efforts to bring in the vocal tracks, and to showcase the music videos in which Pitbull co-stars, fall hollow. When Marc Anthony’s head is bigger than life on stage, Pitbull becomes a tiny Chihuahua. It was the same formula for the Allentown show in 2016 as it was in Vegas. I would have loved to see Pitbull take advantage of the leeway given to artists when they “move in” to Vegas. He could play with the collaborations, invite his background singers to take on the lead vocals, or perhaps even use holographic technology to virtually welcome his collaborators.

I wanted something that felt like more than Pitbull simply ushering a dance party, because he truly has talent. Songs like “I Know you Want Me,” and “Fireball” shine because Pitbull — real name Armando Christian Perez — gets to be at the front of the music.

If more of his own material were as culturally prevalent as J Lo’s “On the Floor” or Marc Anthony’s, “Rain Over Me,” Pitbull’s live shows would be unstoppable! But even the hook in a song on which Pitbull is considered the primary artist, “Feel this Moment,” is sung by Christina Aguilera, not rapped by Pitbull.

There were moments throughout the show when Pitbull could have showcased his talent. A tribute to Gloria & Emilio Estefan featured the opening beat to “Conga,” but Pitbull backed out of covering it and instead launched into another one of his own records. This happened a lot — cool moments that could have been made special, but then were immediately discarded. I believe letting the audience see his interpretations of his idols’ music would have elevated his show immensely.

Don’t get me wrong here: I am a fan of Pitbull. I enjoy his music. There were numbers that had me dancing — Pitbull’s music was a major presence in my mother’s car when I was in high school, so it was very nostalgic for me. And the show, for what it was, was well produced. I just personally wanted more from it creatively speaking.

Pitbull’s presence and authenticity are undeniable. He is a true American success story. Armando Perez was once a drug dealer on the streets of Miami. With the help and love of his mother, he left the street life and became Pitbull, an icon for what can be in America. He loves this country, and his message of hope is prevalent in everything he does.

That messaging, along with his music, has earned him incredible devotion. It was evident that night that Armando Perez’s die-hard fans’ love for him is unflappable. In Vegas, Pitbull could have just stood onstage and let the music play around him and the crowd would not care. Unfortunately, he barely did more than that.