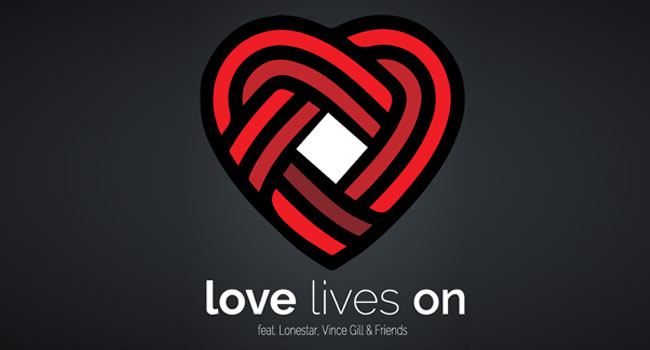 Song is part of new project dedicated to military professionals

Lonestar and Vince Gill have teamed for a new song called “Love Lives On” that is dedicated to our men and women of service who have made the ultimate sacrifice. The song is impacting radio now and is poised as the “Vocal Event of the Year.”

“Love Lives On” opens with dancing piano keys that gently give way to an introspective and true-to-life storyline. The recalling and captivating tune touches on the hardship of unexpected and untimely death, and learning to live again, in faith, love and with hope.

The song is the title track of a compilation highlighting ten original songs that honor the dedication and lives of our servicemen and women, and the sacrifice of fallen military heroes. Billy Ray Cyrus, John Rich, All 4 One, Gatlin Brothers, and others appear on the project released by the non-profit Memphis based label, Roots & American Music Society (RAMS), and Tragedy Assistance Program for Survivors (TAPS). No album release date has been given as of press time, but all proceeds to benefit TAPS.

The combined creative endeavor aligned TAPS military families, who have endured the loss of a loved one, with some of the music industry’s most gifted and renowned songwriters to pen the family members’ intimate and personal stories in music and song.